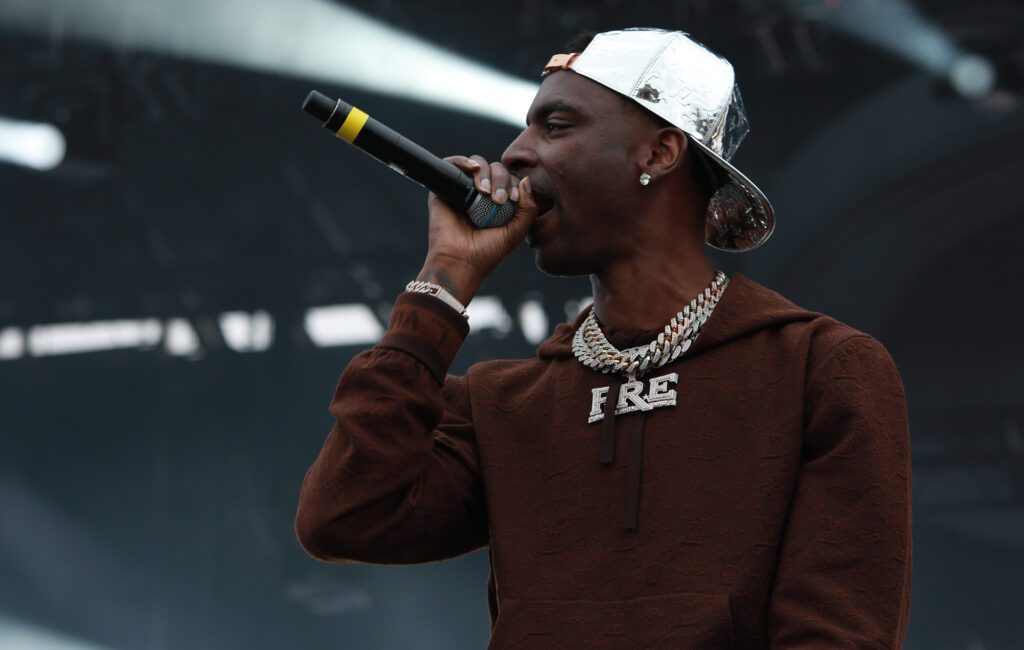 A man has been shot at a memorial for rapper Young Dolph, who was killed earlier this week.

According to local news outlet ABC24, a gunshot rang out while mourners were standing in front of a memorial at Makeda’s Homemade Butter Cookies, where Dolph was shot. Three people have since been detained by police and the wounded man was taken to hospital in a non-critical condition.

ABC24 has released footage of mourners dispersing after the gunshot is heard off-camera.

#BREAKING: Our cameras were rolling when a shot was fired during a memorial outside Makeda's Cookies on Airways. More: https://t.co/ED1OXkc5jH pic.twitter.com/eN3L5l096t

Young Dolph – real name Adolph Robert Thornton Jr. – was shot and killed on Wednesday (November 17) as he entered Makeda’s Homemade Butter Cookies in Memphis. He was 36 years old. Memphis Police have since posted CCTV images of the suspects involved in the shooting.

Tributes were paid by a range of musicians, including Chance The Rapper, Megan Thee Stallion, Quavo and Offset, among others.

In a statement to ABC24, Shelby County Health director Michelle Taylor described Dolph’s shooting as another example of the “epidemic of gun violence”.

“The key to addressing the endless cycle of shootings and retaliatory shootings in our community is to heal the generational trauma that makes violence appear to be the only solution to conflict,” Taylor said.

“Adverse childhood experiences and adverse community experiences have added up over time, due to the structural and institutional failures to address the issues that lead to gun violence in our community.”

Young Dolph’s last studio album was a collaborative release, ‘Dum and Dummer 2’ with Key Glock, back in March. He also released a compilation with his label, Paper Route Empire, in July.

Over his career, Dolph had collaborated with the likes of Megan Thee Stallion, 2 Chainz and Gucci Mane.