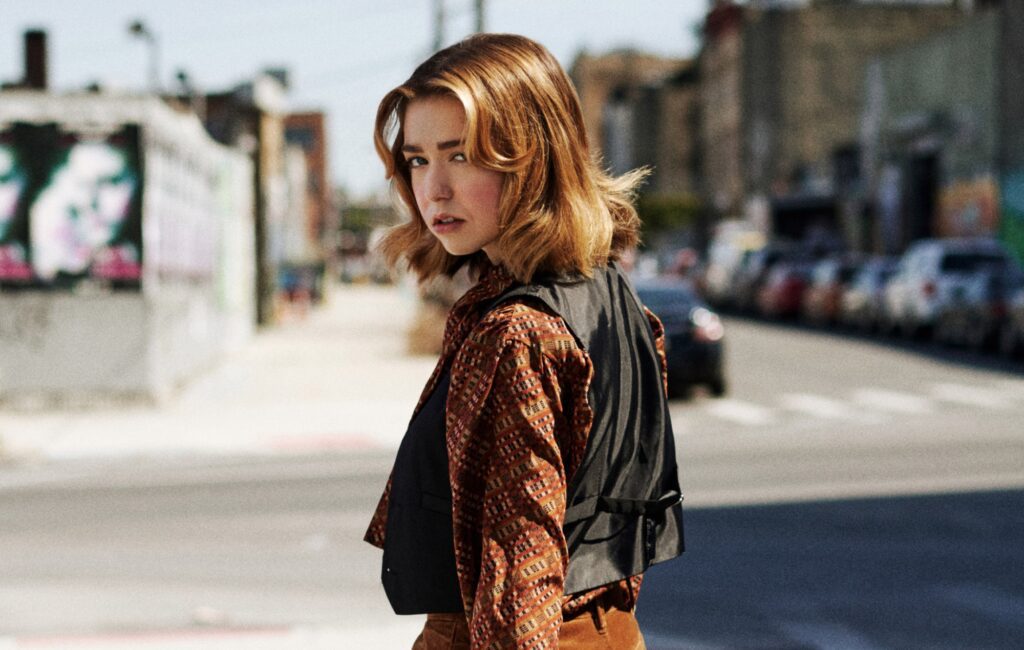 Snail Mail has shared a new track called ‘Ben Franklin’ – you can listen to it below.

The US singer-songwriter (aka Lindsey Jordan) released the song today (October 13) as the latest preview of her second album ‘Valentine’, which arrives on November 5 via Matador.

Following on from the forthcoming record’s title track, ‘Ben Franklin’ sees Snail Mail deliver personal lyrics inspired by a break-up (“Post-rehab I’ve been feeling so small/ I miss your attention, I wish I could call“).

Elsewhere, she sings: “Got money, I don’t care about sex/ You knew how I’d take it/ You brought her to flex“.

“I wanted to sonically and lyrically get out of my comfort zone with ‘Ben Franklin’,” Jordan explained. “It felt only right that the visual accompaniment should include dancing in front of a camera and holding a 10-foot snake close to my face.”

Speaking to NME for last week’s Big Read cover story (October 8), Jordan said of ‘Ben Franklin’: “When I left rehab, I was like, ‘There’s no way I’m going to talk about this, and there’s no way I’m going to write about it, ’cause it’s nobody’s business, but when I was writing that song… I was like, I don’t really want to write about crushing sadness in a melodramatic way like I usually do.

“I want to talk about things in a way that’s almost casually throwing some crazy shit out into the mix. I was sitting there with my notebook, and I was like, ‘I’m going to do it.’ At the time, I still didn’t have most of the album so I was like: ‘That’s future me’s problem’.”

Snail Mail is set to embark on a UK headline tour next February in support of ‘Valentine’. It will follow a run of US dates which are set to begin next month.

The UK schedule is as follows:

In a four-star review of Snail Mail’s debut album ‘Lush’ (2018), NME wrote: “Right now, Lindsey Jordan is being lifted up as the next gatekeeper of indie-rock. One (very good) album feels a little too early to coronate her just yet, but ‘Lush’ is setting its creator on the right path, at least.”