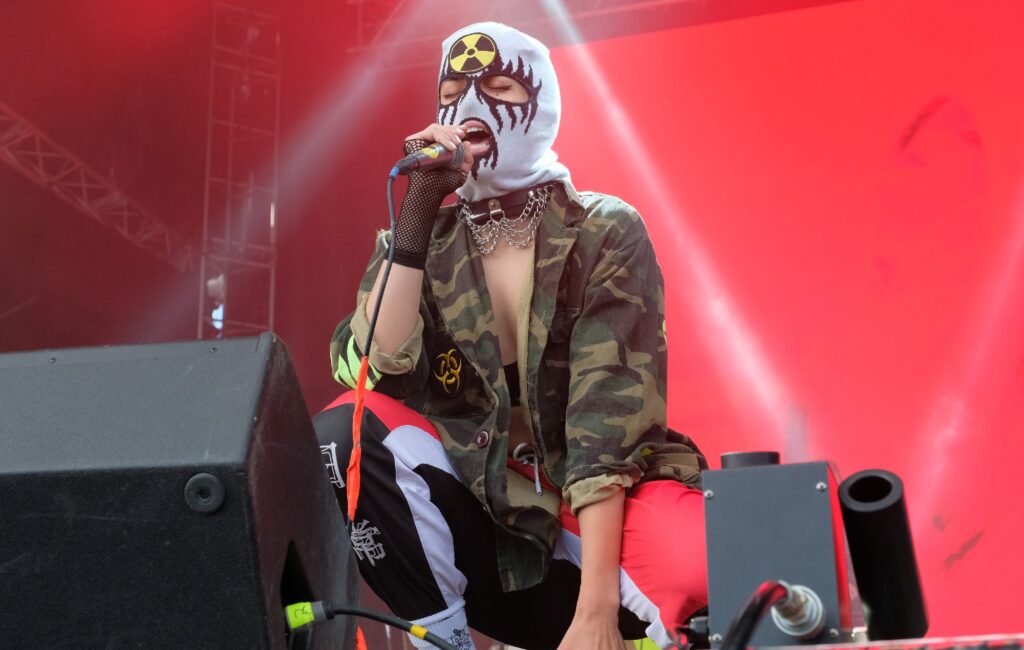 The track arrived on Thursday (January 20), contrasting sugary pop vocals with cutting lyrics, such as the lines “I gonna tie you up / I might slit your throat” and “I’m gonna force you down / I punish you“.

It was accompanied by an animated music video, courtesy of graphic and digital designer Ksti Hu. The clip features a grotesque pig-like man who drinks from a vagina fountain, before Nadezhda Tolokonnikova’s digital avatar appears and stands on him with a giant heeled boot. Check it out below.

Speaking of the track in a press statement, Tolokonnikova said: “’PUNISH’ is the first audio-visual artwork from Pussy Riot’s upcoming cycle that introduces a super(s)hero character who owns magic superwoman-like qualities and uses these powers to fight sexism.”

“Getting to enter Nadya’s world and be a part of this project is my pussy power passion project!” added Lo. “She’s an iconic artist with an incredible life story who goes into everything with a bigger purpose.”

The single arrives ahead of Pussy Riot’s February and March 2022 US tour dates supporting Marina, after linking up with the singer for a remix of her track ‘Purge the Poison’ last May.

At the end of 2021, Pussy Riot’s Tolokonnikova and Nika Nikulshina were labelled “foreign agents” by the Russian Government. The band have been outspoken about their criticism of Vladimir Putin’s regime and have previously spent time in prison for dissenting.

The duo took to social media to share their “official reaction” to the label, writing: “1. lol 2. we will not label my posts, the government can label their asses if they’d like. 3. we will appeal in court. 4. Russia will be free.”