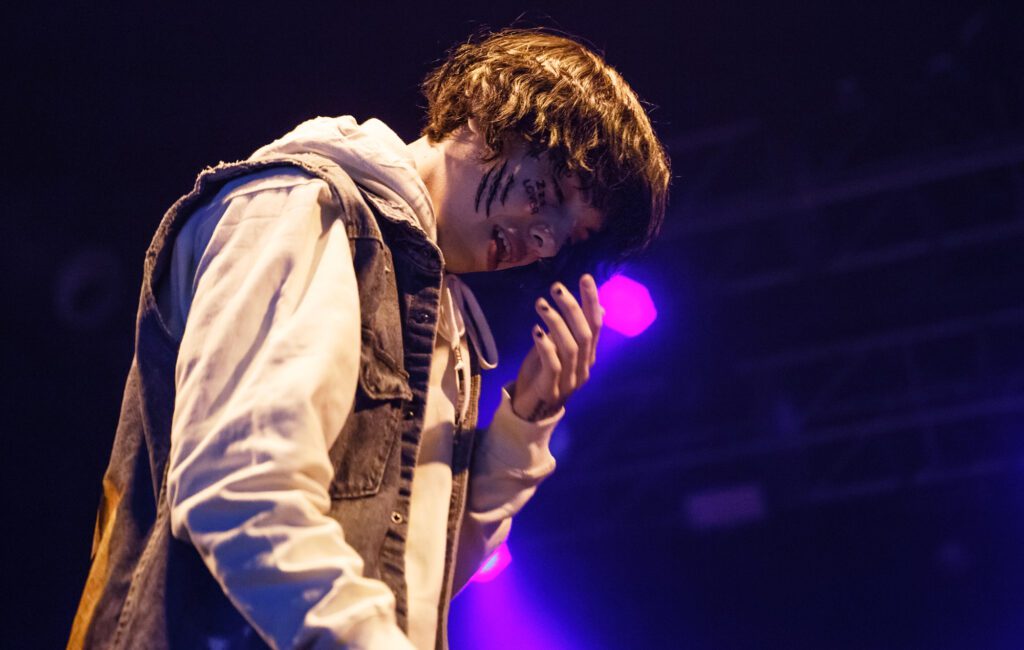 Lil Xan (aka Diego, full name Nicholas Diego Leanos) has spoken out against his former manager, Stat Quo, for allegedly enabling his drug addiction on tour.

Leanos made the claims in a livestream that he later shared on Instagram, labelling Quo a “terrible fucking human being” and alleging that Quo would regularly supply him with drugs while he was out touring with the likes of Nicki Minaj and Juice WRLD.

Noting in the stream that he’s now sober, and no longer wishes to be known as Lil Xan, Leanos said: “He knew all my plugs, so if I couldn’t perform because I was withdrawing back then – because yes, I used to be a drug addict – he would make calls, send $5,000 out here, just to ship the drugs to wherever we were at in the world.

“He’s going to act like he didn’t do that, like a fucking hypocrite, and I’m really feeling like I should take him to court, right? Because that was a time I almost died from the drugs. I was so skinny, unhealthy…”

Leanos goes on to say that his negative experiences with the music industry – in particular its general apathy towards artists dealing with substance dependency – have dissuaded him from releasing a follow-up to his sole studio album, 2018’s ‘Total Xanarchy’.

“The industry just sucks,” he says. “That’s a big reason why I haven’t dropped another album, is because after I got sober, it put such a bad taste in my mouth, like, to even want to make music, knowing how fucked the industry is. They just want to keep you alive long enough to make their fucking money, and if you die, even better for them. Because guess what? It’s easier to manage a dead artist than an alive one.”

Referencing the 2019 death of Juice WRLD – when at age 21, the late emo-rap pioneer died from a seizure after overdosing on oxycodone and codeine – Leanos continued: “Juice was one of the most talented fucking people, and now they have this whole catalogue of music that… And who knows if that’s even what Juice’s vision was.”

“They don’t care about us artists,” Leanos asserted, “and that’s why it’s hard, and almost traumatising, to make music at this point. And that’s why I’m trying to find my love again for it.”

Later in the stream, he says that once Quo “felt that [Leanos] was useless to him”, he moved the rapper out “an hour away” to Corona, California, “just not to deal with [him] anymore”. According to Leanos, “that’s when the drug problem got even worse, because I felt depressed that I was so far away from LA, and I just spiralled out of control”.

Back in August, Leanos opened up about his ongoing mental health struggles in an interview with 60 Minutes. He spoke candidly about fighting bouts of “intense anxiety”, saying: “It’ll jump out at the weirdest points in life. I can do a show for thousands of people and I won’t have a drop of anxiety. But the minute I’m in a closed environment, it could just be the most random thing will just set me off.”

He went on to acknowledge that his Lil Xan moniker is “popularising” the anti-anxiety drug, adding: “I always made that known that I didn’t like that my name was popularising it. But it’s what worked for me.” The rapper had talked about being hospitalised after suffering “multiple seizures” in October 2020, after he said last summer that he was “sober from all prescription pills” and that sobriety made him feel “alive”.

For help and advice on substance dependency in the UK: