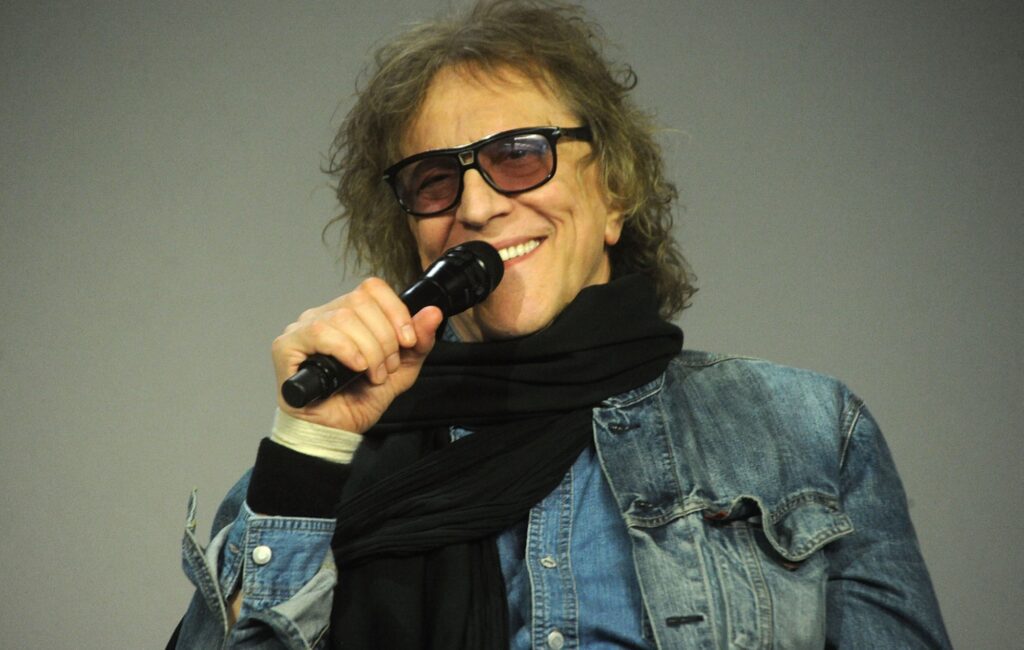 The photographer captured iconic images of artists in the seventies including David Bowie, Lou Reed, Queen, Sex Pistols and many more.

“It is with the heaviest of hearts that we share our beloved psychedelic renegade Mick Rock has made the Jungian journey to the other side,” the statement began.

“Those who had the pleasure of existing in his orbit, know that Mick was always so much more than ‘The Man Who Shot the 70s.’ He was a photographic poet — a true force of nature who spent his days doing exactly what he loved, always in his own delightfully outrageous way.”

It continued: “The stars seemed to effortlessly align for Mick when he was behind the camera; feeding off the unique charisma of his subjects electrified and energised him. His intent always intense. His focus always total.

“A man fascinated with image, he absorbed visual beings through his lens and immersed himself in their art, thus creating some of the most magnificent images rock music has ever seen.”

It concluded: “Let us not mourn the loss, but instead celebrate the fabulous life and extraordinary career of Michael David Rock. While you do so in your own way, we must ask that the privacy of his nearest and dearest be respected at this time. Therefore, there will be no further comments.” You can see the statement in full above.

Rock was born in London in 1948 and shot to prominence in the seventies for his work with Bowie and others.

Between 1972 and 1979, Rock was most prolific and his photographs appeared on a number of album covers and in videos from the time.

David Bowie, Queen, Blondie, Iggy Pop, and Syd Barrett were among just some of the many musicians he captured in this era, but it was his work with Bowie that the musician was most well known.

He continued to photograph musicians into his seventies, taking photographs of artists including Snoop Dogg, the Yeah Yeah Yeahs, Miley Cyrus and more.

Additionally, Rock was a prolific artist and also served as the chief photographer for the The Rocky Horror Picture Show.

Rock published many books and exhibitions of his photography of the years and he was the subject of a documentary, SHOT!, in 2016.

Tributes to the photographer and artist have been pouring in on social media – you can see some of them here:

RIP to photographer Mick Rock. Even if you didn't know his name (you should know his name!) you definitely knew his iconic work pic.twitter.com/ZWhZZqjsUU

We lost a legend, a true artist Mick Rock 📸 His work will live on forever. All our love and respect to his family ❤️ pic.twitter.com/Abd8maHoiZ

RIP Mick Rock, music photographer. Created some of the most wonderful images of the last fifty + years. "I wasn’t looking to be a photographer. It moved into my life, set up shop and took over…" pic.twitter.com/BwpUOl7fWH

RIP to a true original, British photographer Mick Rock! Chances are you have seen this man's work through the decades… pic.twitter.com/VaZIpF2pGn