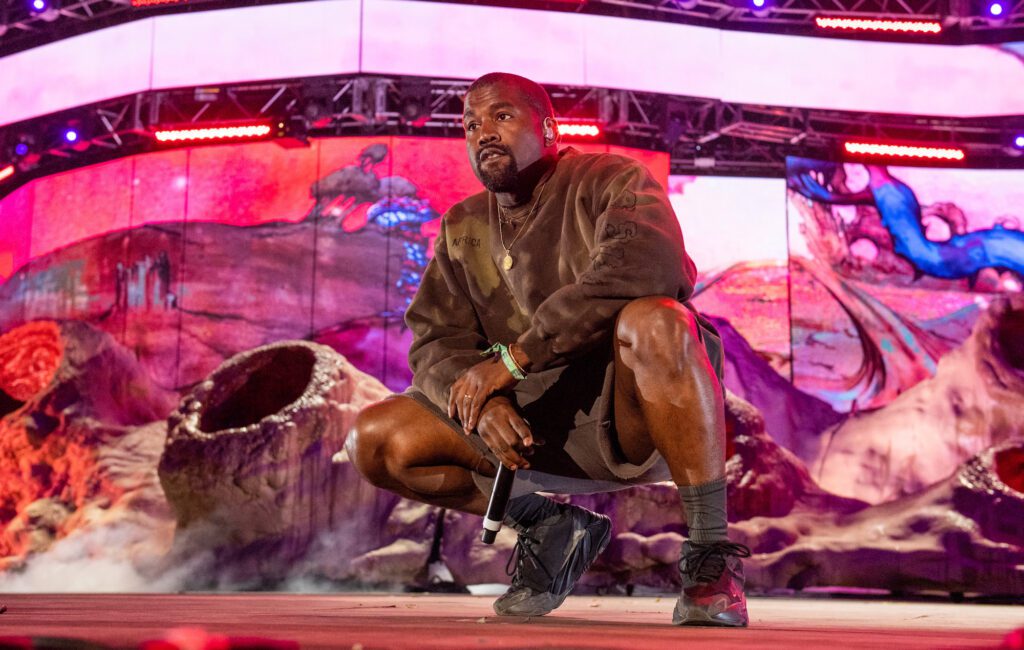 Kanye West has shared an official video for ‘Heaven And Hell’, marking the fourth song from ‘DONDA’ to receive the treatment.

The gloomy clip sports a largely anonymous cast, following the day-to-day lives of masked and hooded figures in a dour, dimly lit city. Halfway through the video, we see a faceless figure – implied to be West – rapping among the clouds as a swarm of bodies rise, swirling, towards him.

Take a look at it below:

The video for ‘Heaven And Hell’ follows earlier clips for the ‘DONDA’ songs ‘Come To Life’, ‘24’ and ‘Donda Chant’. The album itself – West’s tenth full-length effort – was released last August via GOOD Music / Def Jam. The initial release followed over a year of periodic delays, while a deluxe edition landed in November.

In a three-star review of the album, NME’s Rhian Daly wrote: “At one hour and 44 minutes, ‘DONDA’ is incredibly – and unnecessarily – long. There is no artist in the world capable of making a flawless record that spans nearly two hours – Kanye included. There are plenty of seeds of what could be good ideas here, and some legit great tracks, but had he taken a little more time to edit things, this could have been a classic – focussed, poignant and powerful.”

Earlier this month, Steven Victor – who worked with West as COO of his label, GOOD Music – claimed that the rapper was working on a follow-up to ‘DONDA’, tentatively titled ‘DONDA 2’ and intended as a direct sequel to last year’s release.

Meanwhile, West and Billie Eilish are reportedly set to headline Coachella 2022. As fans await an official announcement from organisers, sources have now told Variety that Eilish and West will top the bill on the Saturday and Sunday nights respectively. Consequence Of Sound subsequently claimed to have received the same information.