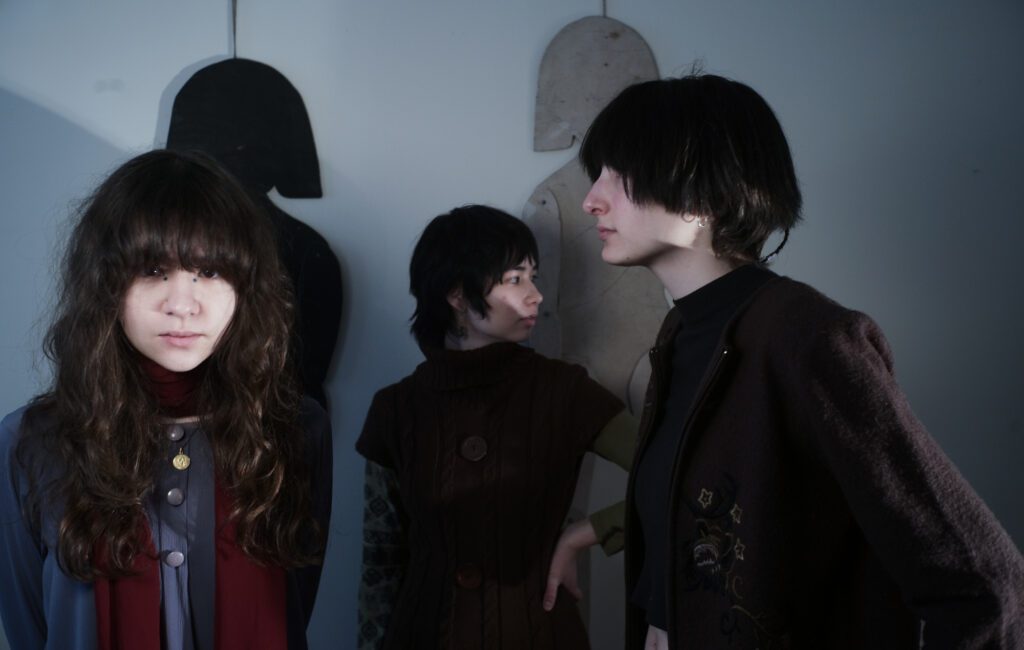 Horsegirl have announced their debut studio album ‘Versions Of Modern Performance’ – listen to the lead single ‘Anti-glory’ below.

The Chicago trio, who appeared in this year’s NME 100 list, will release their first record on June 3 via Matador. You can pre-order/pre-save it here.

‘Anti-glory’ is accompanied by an Erin Vassilopoulous-directed, split-screen official video, which sees the band performing the song in a minimal studio space. You can watch the visuals here:

“We wrote ‘Anti-glory’ almost by accident while messing around with an old song during rehearsal,” Horsegirl explained in a joint statement.

The forthcoming ‘Versions Of Modern Performance’ was recorded with John Agnello (Kurt Vile, The Breeders, Dinosaur Jr.) at Chicago’s Electrical Audio. “It’s our debut bare-bones album in a Chicago institution with a producer who we feel like really respected what we were trying to do,” the band said of the process.

The record will also include the cuts ‘Live And Ski’, ‘Dirtbag Transformation (Still Dirty)’, ‘World of Pots And Pans’, ‘The Guitar Is Dead 3’ and ‘Billy’. You can see the full tracklist below.

Horsegirl are set to showcase ‘Versions Of Modern Performance’ on their first UK and European headline tour this summer. The new dates will follow appearances at this month’s SXSW in Austin, Texas.

Tickets for the UK/European shows go on sale tomorrow (March 11) at 3pm GMT – you can purchase yours from here.