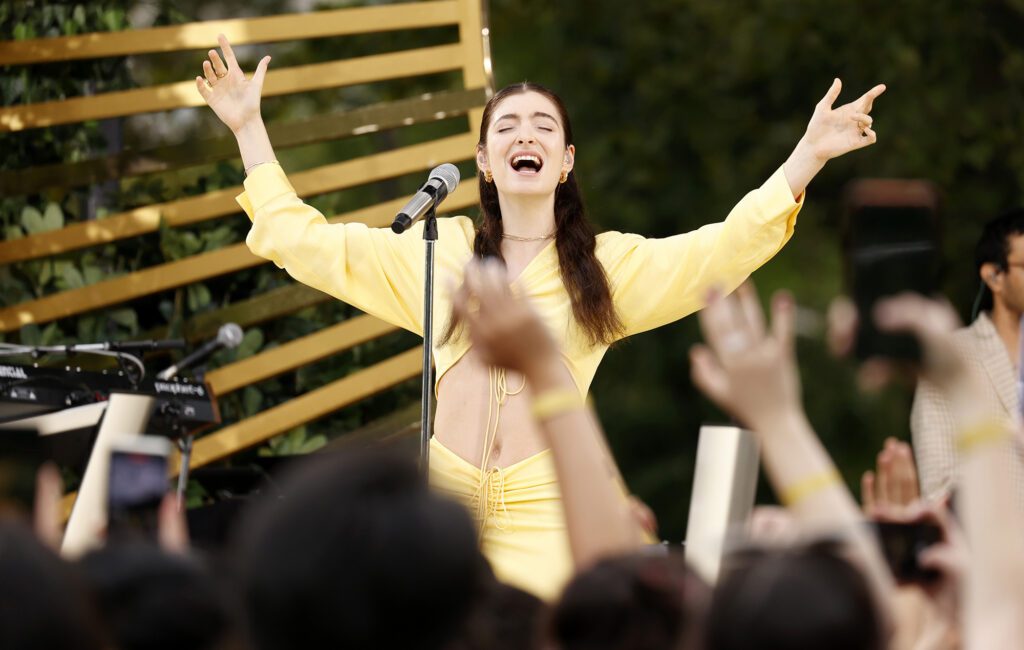 Lorde has released two new tracks, ‘Hold No Grudge’ and ‘Helen of Troy’, as part of the deluxe version of her latest album, ‘Solar Power’.

Both tracks were announced earlier this week in an email to the singer’s fans, described as “black sheep” but still “big tunes” despite not making the cut. ‘Hold No Grudge’ features a quicker beat than many of the tracks on ‘Solar Power’, while ‘Helen of Troy’ blends in with its filtered guitars and layered harmonies.

Listen to both tracks below:

‘Hold No Grudge’ was described by Lorde as “a sort of composite portrait of when relationships turn sour, being trapped in the ice but remembering the warmth”. As for ‘Helen of Troy’, she described it as “just me talking trash to make Jack [Antonoff] laugh”.

“We wrote it super quickly in the tiniest room at Westlake where we did a bunch of [‘Melodrama’] and it was fun the whole time,” she said. “It’s super off the cuff lyrically, almost ad-libbed, and you can hear me starting to figure out some album themes.”

NME gave ‘Solar Power’ five stars upon its release in August, writing that the follow-up to 2017’s ‘Melodrama’ “continues her winning streak, as she blazes a trail through the pop landscape with a beautiful paean to nature”.

Earlier this week, Lorde released the music video for album track ‘Fallen Fruit’, which incorporated footage of the same beach seen in previous visuals, but with a darker twist.