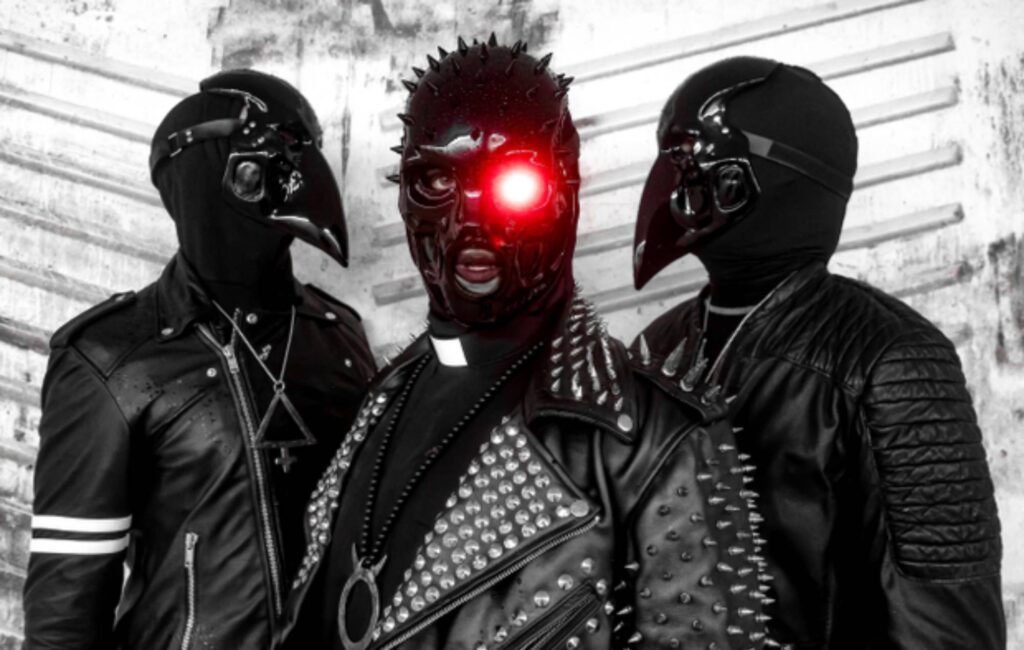 Priest, the band which features two former members of the Swedish metal outfit Ghost, have shared their latest single, ‘A Signal In The Noise’ – you can hear the track below.

The trio, who have been releasing music since 2017, consist of vocalist Mercury (who was known as Water when he played bass for Ghost), keyboardist Salt (formerly known as Ghost keyboardist Air) and programmer/keyboardist Sulfur.

Priest’s new label Cleopatra Records has confirmed that the band’s next album will be released in 2022 and has been produced by guitarist Simon Söderberg, who also worked as a producer and engineer on Ghost’s 2010 debut album ‘Opus Eponymous’.

“Signing with such a legendary label like Cleopatra will probably be the biggest step in our career,” Priest said in a statement. “With great knowledge of the genre we’re in, we can’t think of a better match for Priest. Our next album is by far the best yet and we can’t wait to unleash it a wider and more diverse audience.”

You can watch the Linton Rubino-directed video for Priest’s ‘A Signal In The Noise’ above.

Speaking about ‘A Signal In The Noise’, a spokesperson for Priest added: “‘A Signal in the Noise’ is the first glimpse of a darker era in Priest’s timeline.

“The industrial rhythms and melodies paint a vast canvas of an apocalyptic future. To accompany the track, we needed a gritty video with an urban feeling. We are very excited to show it to you!”

Fans can also support Priest’s work by signing up to their Patreon account, where various levels of membership are available.

Ghost, meanwhile, recently announced details of a UK and European headline tour for 2022.