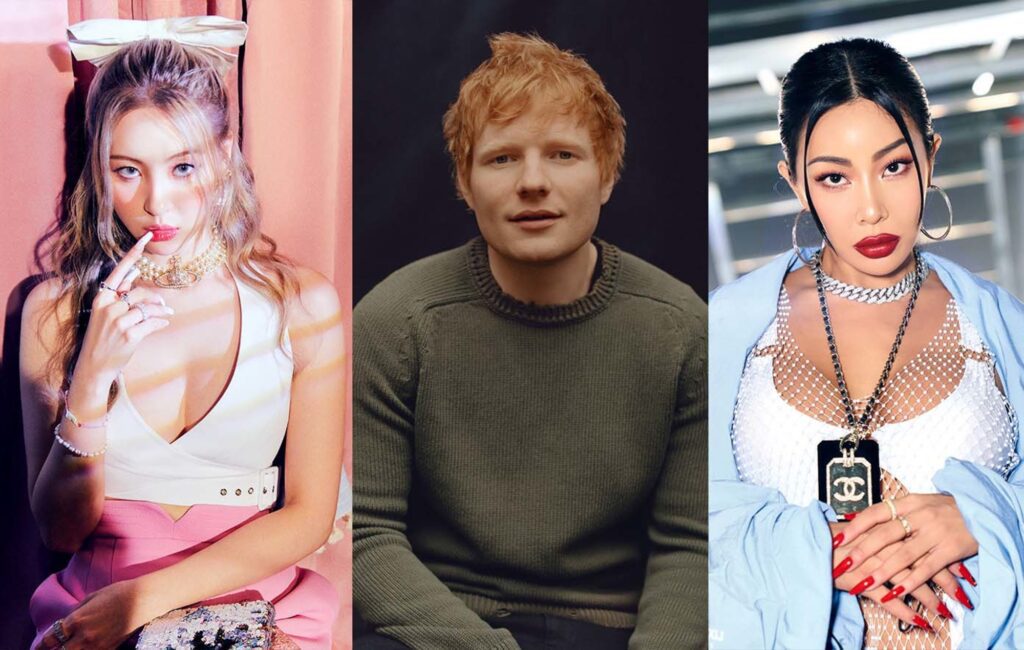 Ed Sheeran is set to team up with K-pop stars Jessi and Sunmi on a new remix of his hit single, ‘Shivers’.

Earlier today (November 19), Sunmi teased the forthcoming rework of ‘Shivers’ on Twitter. The snippet feature the familiar instrumental of the original song, while Jessi’s voice can be heard singing: “Boy you give me shivers”.

The brand-new version of ‘Shivers’ is due out November 24 at 6pm KST. The original version of the song was released in September as the second single from Ed Sheeran’s ‘=’ album, following the smash hit ‘Bad Habits’.

Jessi is a Korean-American rapper, whose most recent release was the single ‘Cold Blooded’, in collaboration with the Mnet reality dance competition programme Street Woman Fighter. Throughout her nearly decade-long career, she’s had multiple hit singles such as ‘Nunu Nana’ and ‘What Type Of X’.

Meanwhile, Sunmi dropped her latest mini-album ‘1/6’ in August, featuring the title track ‘You Can’t Sit With Us’ alongside five other B-side tracks. She first made her debut in 2007 with veteran girl group Wonder Girls, and has since pursued a solo career with hits such as ‘Gashina’ and ‘Tail’ to her name.

Ed Sheeran’s ‘=’ had topped charts in over 20 countries worldwide, for which he had recently taken home two awards at the 2021 MTV EMAs earlier this week, in the Best Artist and Best Song (for ‘Bad Habits’) categories.

The British singer-songwriter will also be performing at this year’s Mnet Asian Music Awards as the awards show’s global artist representative of the year. It was also announced that Sheeran would be preparing a “new version” of his chart-topping single, ‘Bad Habits’, to be performed exclusively for the award ceremony.