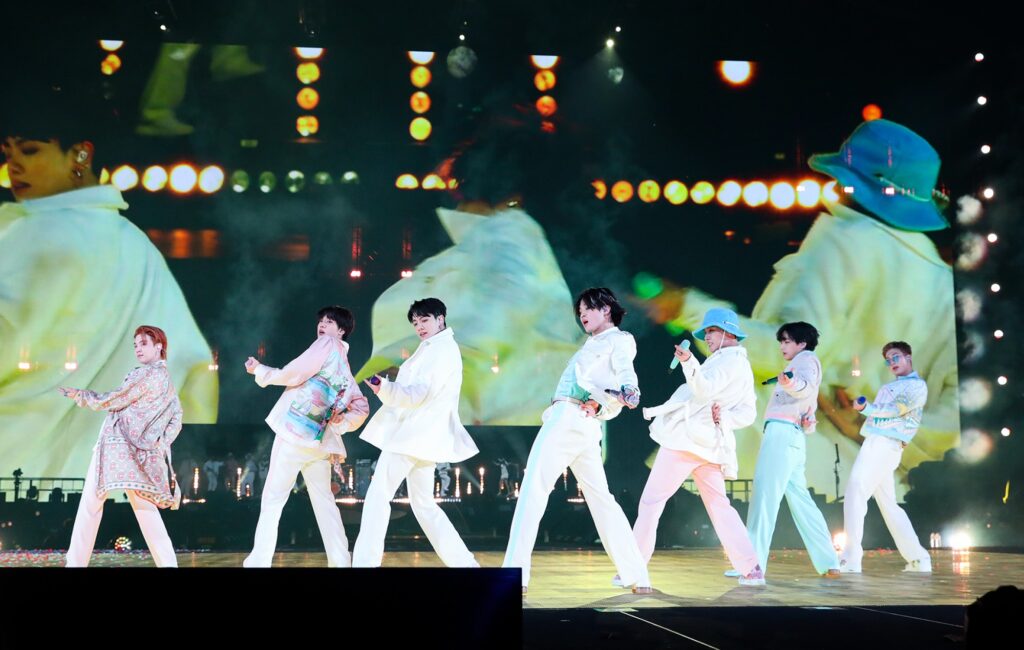 Over the weekend, the K-pop juggernauts held their first in-person concerts in over two and a half years at the Jamsil Olympic Stadium in Seoul. The March 12 date of the three-night ‘Permission to Dance on Stage: Seoul’ was also made available for “live viewing” in theatres worldwide, giving international fans a chance to witness the boyband’s return to the stage.

According to The Hollywood Reporter, BTS’ ‘Permission to Dance on Stage: Seoul’ earned $6.9million (£5,288,840) in 800 theatres across North America, becoming the top-grossing live cinema event of all time. In addition, it beat out The Batman in 55 North American theatres, and was a clear second in its remaining locations.

The live screening also raked in over $32.6million (£24,987,855) across 75 markets worldwide, bringing in more revenue in one day than some Hollywood movies generated in their opening weekends over the pandemic, as reported by Variety.

“As the pandemic made it difficult to access the concert venue, we wanted to create an opportunity for fans to gather and watch the concert together,” said HYBE 360 president DJ Kim. “We came up with the idea of ‘live-viewing’ at cinemas and are delighted to offer an alternative experience for fans to enjoy the concert live.”

“It’s a testament to both the overwhelmingly dedicated fandom of the ARMY (BTS’ official fan base) and the overall return to cinemas on a global scale,” added Trafalgar Releasing CEO Marc Allenby, the North American distributor for the concert.

In other BTS news, vocalist and dancer Jimin is set to release a new original track for the upcoming South Korean drama Our Blues. The as-yet-unnamed song will mark the idol’s first-ever contribution to a K-drama soundtrack.