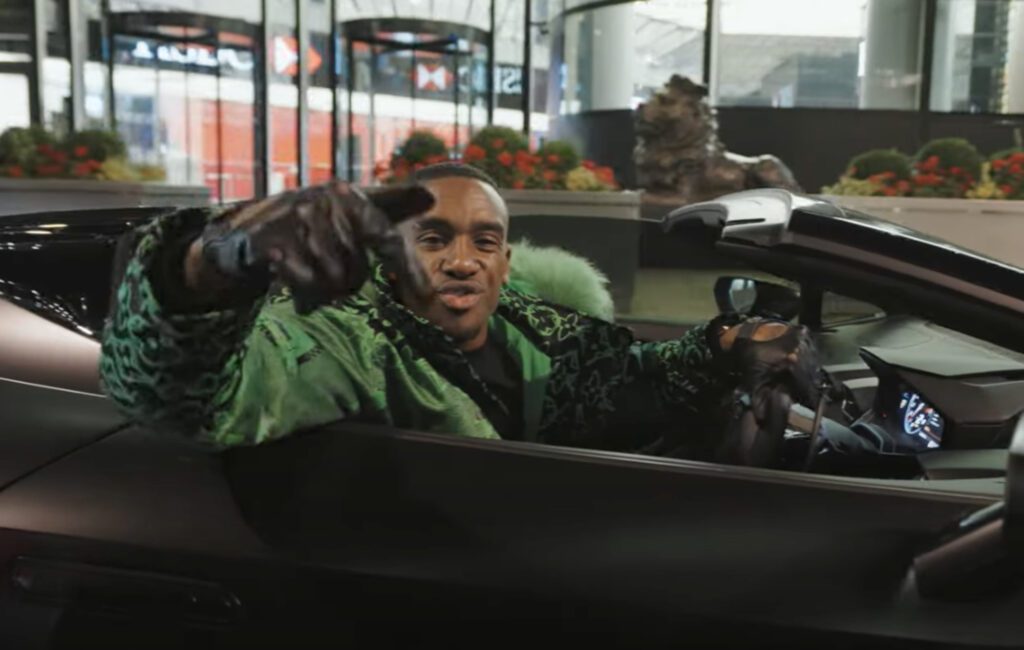 Bugzy Malone has released a brand new track called ‘War Mode’ – you can listen to it below.

It’s the Manchester rapper’s first new music since being cleared of assault charges last month which stemmed from an incident that took place in September 2018.

“I’m going into war mode and that means I’ll do what the fuck I want to/ And I’m on some, I don’t give a fuck who it belongs to/ Track star, you wanna see the Lizzy that I run through/ I’m a rap star now but I’m don too,” Bugyz raps in the track’s opening lines.

The accompanying music video sees Bugzy living his life to the fullest, driving expensive cars and dining at the most expensive restaurants, while news and CCTV footage relating to his recent case is interspersed throughout.

You can watch the video for ‘War Mode’ below:

Last month, Bugzy Malone was found not guilty of unlawfully punching two men, whose jaws he broke, after his partner had told him that three men were breaking into their home in Ramsbottom, Bury, in 2018.

He told Manchester Crown Court that his then-girlfriend and his mother were in the house at the time of the incident, and that his neighbour, builder Paul Potter, had also called him to say that his home was “being done over”.

Malone’s not guilty verdict was a unanimous decision, after which he was discharged from the dock following a week long trial at Manchester Crown Court.

Last year, Malone was hospitalised after crashing his motorcycle into the side of a car in Bury, Greater Manchester.

CCTV from a nearby home showed the moment an Audi reportedly pulled out of a T-junction, with the rapper unable to stop his bike as he ploughed into the driver’s door.