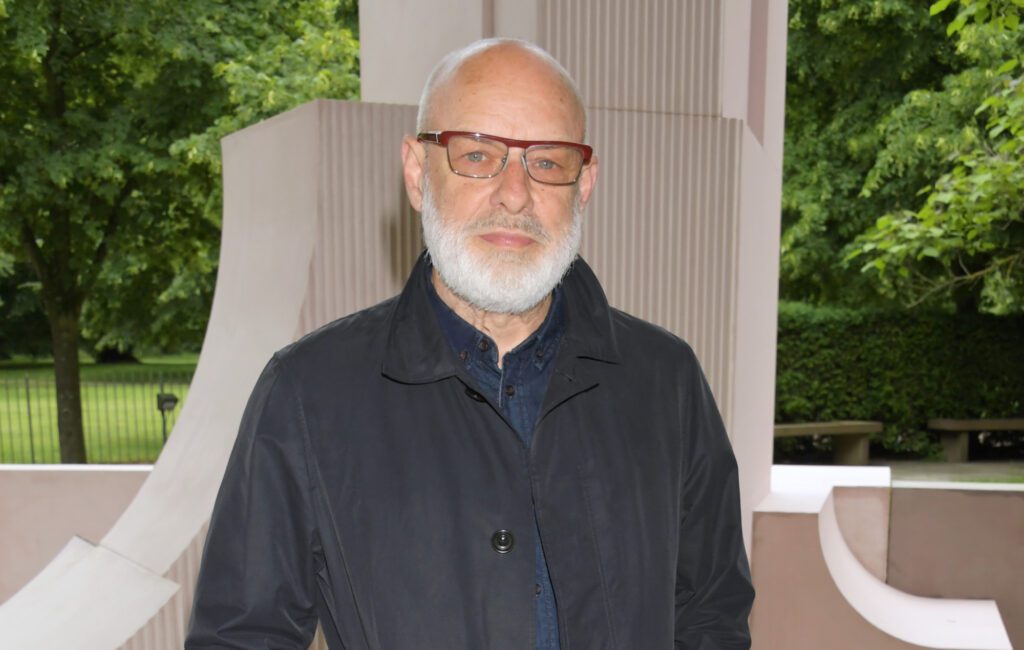 Brian Eno has spoken about Coldplay and The 1975‘s efforts to tackle climate change, while calling for “a revolution” in the wider music industry’s approach.

The renowned musician/producer appeared as a guest on the second season of Fay Milton’s Sounds Like A Plan podcast, which focuses on how the music community is confronting the climate crisis. It’s hosted by the Savages drummer and activist alongside journalist Greg Cochrane.

Eno spoke of this year launching Earth Percent, “a charity providing a simple way for the music industry to support the most impactful organisations addressing the climate emergency”.

“We’ve got quite a few people on board already,” Eno explained, “either actually on board or with a commitment to join us. We’re not talking only to artists; we’re talking to agents, promoters, managers, record companies, publishing companies, legal and so on.”

He continued: “We’re saying to all of them, ‘We’re all part of this business together, and you’re as an important part of it as anyone else. Why don’t you join us?’

“We’re trying to make it the cause of the music business, really, to say, ‘Let’s have a revolution’,” Eno said, adding that he hopes the model would then spread to other industries.

Asked about Coldplay’s efforts to reduce their carbon footprint (the band vowed to look at more “environmentally beneficial” ways of touring in 2019), Eno replied: “Well, there are other people doing it. The 1975 are working on this as well and U2 also have a sort of climate change department where they’re trying to discuss the same kinds of things. And I’m sure lots of other people that I don’t know about [are].”

He added: “But the important thing about that is that you create a new sort of question that people have to answer, which is, ‘Am I gonna engage with this or not?’ And it becomes harder and harder to say ‘not’ if more and more people are engaging with it.”

Later, Eno suggested that the climate crisis should be reframed as a “climate opportunity”. “I think the opportunity side needs to be stressed a little bit,” he said. “Y’know, all you revolutionaries who want to make a new world: here is your chance. This is why you have to do it.”

You can listen to the podcast in full above.

Sounds Like A Plan was launched in March of this year, and guests during its first season included Radiohead guitarist Ed O’Brien, The 1975’s manager Jamie Oborne and Heidi Leffner, of FEAT (Future Energy Artists) and formerly of Cloud Control.