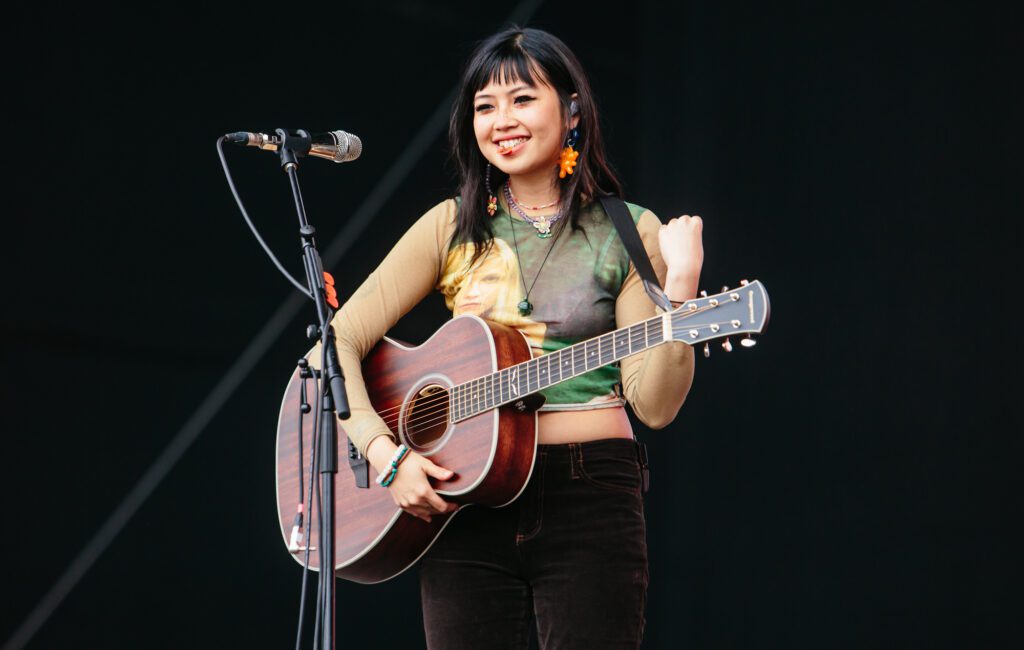 Beabadoobee has given an insight into her upcoming second album, explaining that “every single song is in a whole different world”.

The singer-songwriter released her debut studio effort, ‘Fake It Flowers’, in October 2020. She followed it up with this year’s ‘Our Extended Play’ EP, which included contributions from The 1975‘s Matty Healy and George Daniel.

During a new interview with Consequence Of Sound, Bea explained that she is currently “finishing” her next full-length record with her guitarist Jacob Bugden, and said it will arrive “sometime in 2022”.

“I think the next record every single song is in a whole completely different world, I’ve never made such different songs in one piece of music before,” she told the outlet.

Bea added: “Obviously you’ve got to wait a little bit longer, but we’re working on it and we’ve worked really hard on this record, so we’re trying to take our time.”

Beabadoobee performed a string of festival shows this summer – including Reading & Leeds, Latitude and Boardmasters – and is set to return to the circuit next year, with appearances scheduled for TRNSMT, Primavera Sound, Mad Cool and more.

In a four-star review, NME described ‘Our Extended Play’ as “a project that’s rewarding for both listeners and, by the sounds of it, the artists involved”.

“Our Extended Play’ isn’t a major statement, but if lockdown and the last year has taught us anything, it’s to embrace and cherish the little victories as and when they present themselves.”