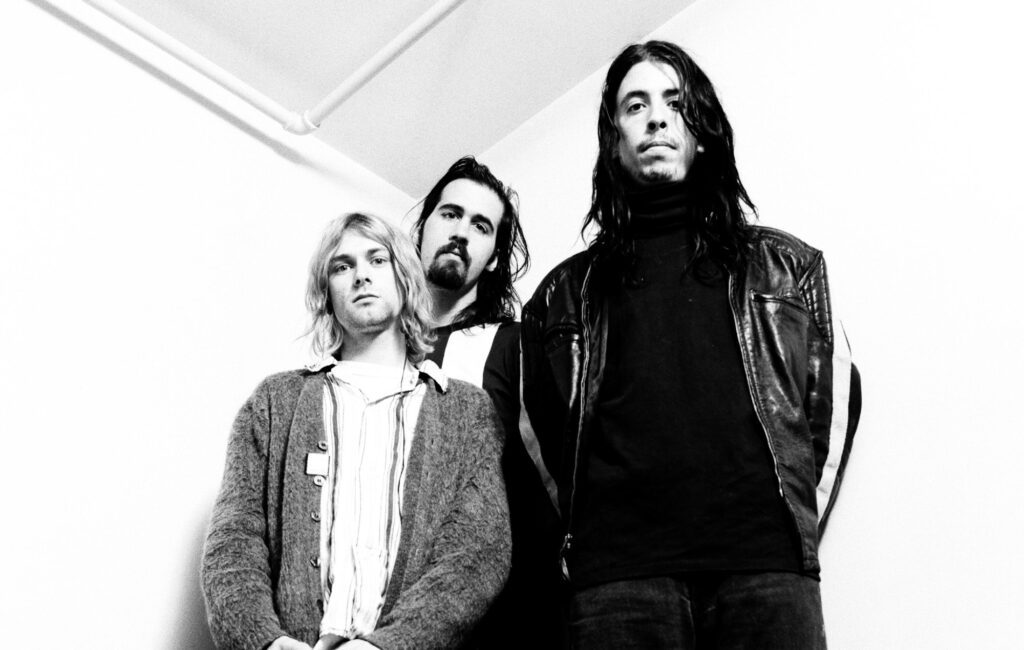 Amendments to the lawsuit filed against Nirvana by Spencer Elden, which alleges the cover art of their iconic album ‘Nevermind’ amounted to “commercial child pornography”, alleges that cover subject Elden was also styled and photographed as Playboy founder Hugh Hefner.

Lawyer Robert Lewis, representing the now 30-year-old Elden, filed the amended suit on Monday (November 22), which was obtained by Digital Music News. The suit maintains the original claims, filed in August, that the defendants “failed to take reasonable steps to protect Spencer and prevent his widespread sexual exploitation and image trafficking”.

The amended lawsuit reiterates the original suit’s claim that Nirvana intended to “trigger a visceral sexual response from the viewer” by triggering “Spencer’s ‘gag reflex’ before throwing him underwater and took photos that highlighted and emphasized Spencer’s exposed genitals”.

The amended suit also claims, with no additional context, that “Weddle soon after produced photographs of Spencer dressed up and depicted as Hugh Hefner.”

In addition, the amendment also brings up unearthed journal entries allegedly made by Cobain, which present a “sketch [of] the album cover in a sexual manner, with semen all over it.”

“In several instances,” the suit reads, “the journals describe Cobain’s twisted vision for the Never mind [sic] album cover, along with his emotional struggles: ‘I like to make incisions into the belly of infants then fuck the incision until the child dies.’”

The lawsuit cites the collection Journals, published 2002 by Riverhead Books, as the source of the journal entries.

While the original suit also named former Nirvana drummer Chad Channing, the amendment sees his name removed. Other names removed from the suit include Warner Music, Heather Parry and Guy Oseary, with the latter two being previously named as managers of Cobain’s estate.

Claiming to have suffered from “extreme and permanent emotional distress”, Elden is seeking actual damages, or liquidated damages amounting to $150,000 per defendant, attorney’s fees and a trial by jury.

Elden has also said that neither he nor his guardians ever “signed a release authorizing the use of any images of Spencer or of his likeness, and certainly not of commercial child pornography depicting him.” Elden is also asking for the album art altered for any future re-releases. Earlier this month, ‘Nevermind’ received an extensive 30th anniversary reissue, all with the original cover art.

The defendants named in the amended suit have yet to respond publicly to it. In October, Grohl commented on the suit, saying, “I feel the same way most people do in that I have to disagree,” before pointing out that Elden has a ‘Nevermind’ tattoo and he does not.

Earlier that month, Grohl had said that he had “many ideas” of how the ‘Nevermind’ cover could be altered, “but we’ll see what happens.”

NME has reached out to photographer Kirk Weddle for comment.