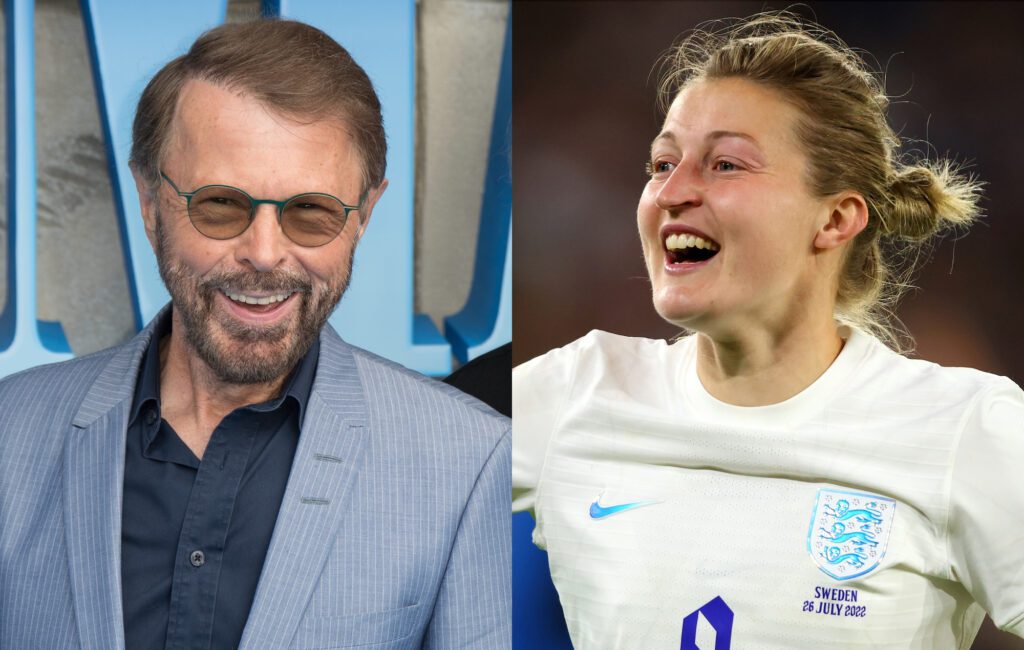 ABBA’s Björn Ulvaeus has shared a message of support for the English women’s football team (aka the Lionesses) after they celebrated a 4-0 win over Sweden earlier this week.

The Lionesses dominated Sweden, where ABBA hail from, in the semi-final match of the 2022 UEFA Women’s Euro Championship. The game took place at Milton Keyes’ Stadium MK on Wednesday (July 27) and is to be followed by the final match this Sunday (August 31).

There, the Lionesses – who are currently eighth in the FIFA Women’s World Rankings – will go face Germany at London’s Wembley Stadium.

As reported by the Evening Standard, the Lionesses celebrated their semi-final victory with a singalong to ABBA, who feature prominently in the team’s dressing room playlist.

When asked what she and her team listened to after scoring the final goal, forward Alessia Russo told journalists: “It was a little bit of ABBA – there’s always ABBA – but also Proud, West Virginia, a couple of old songs.”

Leaning into the irony that the Lionesses marked their win over Sweden by singing along to Swedish music, Björn took to Instagram with a message of congratulations the team, which he delivered wearing the jersey of Sweden’s own football team.

In the message, he said: “I understand that you celebrated your well-earned victory the other day with ABBA music, and I have to say, that makes the defeat a little easier to bear. So, congratulations.”

Have a look at Björn’s message to the Lionesses below:

In other ABBA news, the group are currently promoting their virtual concert residency, ABBA Voyage. Taking place inside a purpose-built venue at the Queen Elizabeth Olympic Park in London, dubbed the ABBA Arena, it presents a digital recreation of the quartet as they appeared in 1997 while a bespoke live band performs a setlist of their classic hits.

The ABBA Voyage show launched in May and is currently slated to run into the middle of 2023. The live band, however, recently told NME that they look forward to playing for “multiple years”.

NME’s Andrew Trendell gave the opening show a five-star review, writing: “We for one welcome our new ABBAtar overlords, if only for giving these songs back to us in a totally new and joyful way.”

At the premiere of ABBA Voyage, Björn told NME that the concert series would serve as the pop mainstays’ final major endeavour. When asked if the concert was a parting gift from the group, he said: “I think this is it. It’s sad to say that but then again, you can always take it back, can’t you? So the answer is, it could be yes, it could be no.”