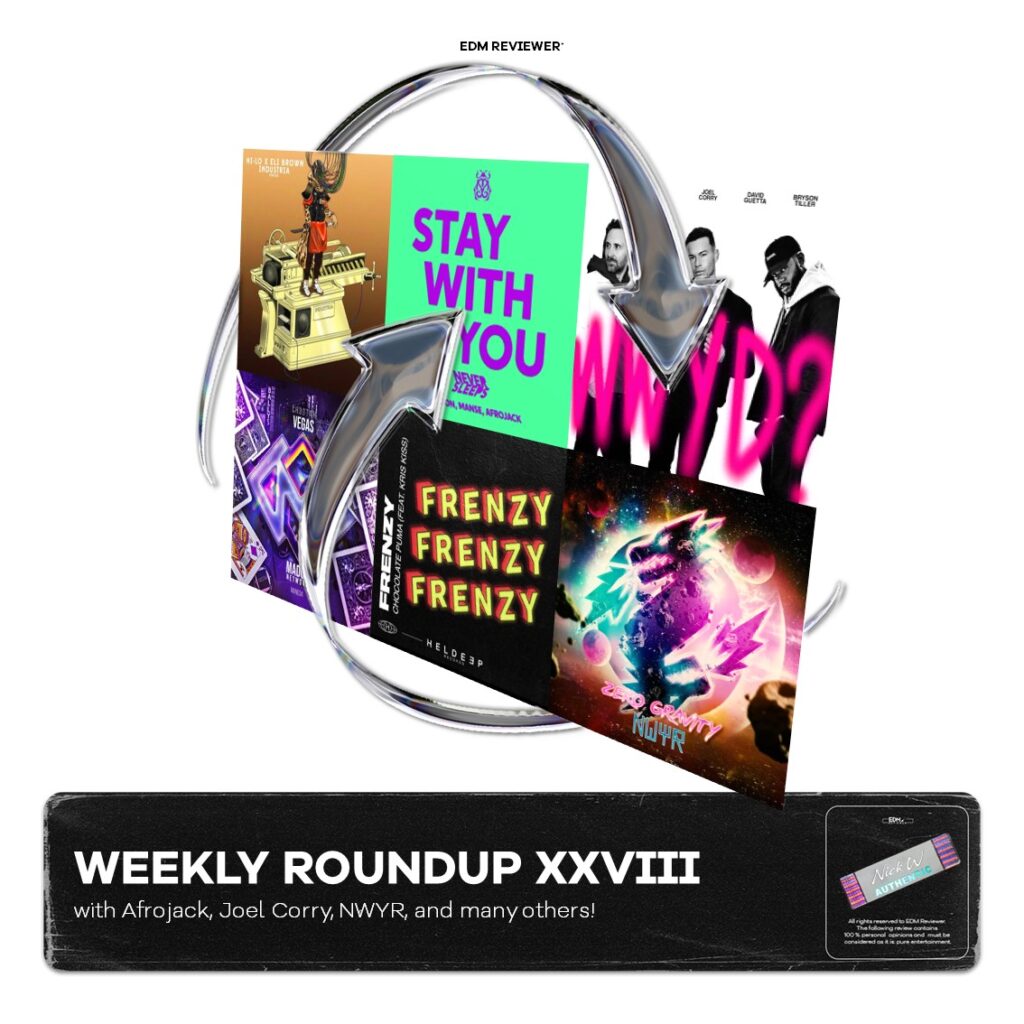 Just as the first major festival of the year is almost on the horizon, we have reputed aliases like Afrojack, Joel Corry, NWYR, and many others for this Friday. There’s much to unpack, so let’s dive into it!

After a year since they marked the launch of their collaboration “BED” (with RAYE) in February last year, Joel Corry and David Guetta have teamed up with vocalist Bryson Tiller in hopes for similar success.

“What Would You Do”, unfortunately, comes off as another generic attempt, minus the soulful performance from RAYE. Bryson Tiller’s performance might be decent, but it doesn’t remain particularly interesting or hooking. The standard deep house groove doesn’t help either. Oh, I completely forgot David Guetta was there.

Another gargantuan-sounding synergy on the paper, but does it hold up?

Well, with a team including EDM bigwigs such as Afrojack, DubVision, Manse, and an unfamiliar alias Never Sleeps, it should be “fantastic”. This record is almost impressive, with typical progressive house synths and bright vocal hooks, although lacking any creative twists. It’s plain and simple, festival-ready production you would expect from these names.

Right from the start, Eli Brown’s signature pluck greet in a rhythm that HI-LO would prefer. The track remains relatively sparse, focusing mainly on its expertly placed and arranged grungey ingredients.

Through the years, W&Ws trance-y alias has sort of earned a high opinion from me. “Zero Gravity”, on the other hand, leaves a mixed feeling.

For instance, even if the atmosphere remains admirable, the drop becomes rather less impacting with its choice of the bassline. The final climactic outro doesn’t implode with the ferocity one would expect and doesn’t entirely hit the spot.

Dutch veteran duo Chocolate Puma always seem to have plenty of fun factor in their productions, and “Frenzy” is no exception to that.

Teaming up with the renowned Kris Kiss for the hyping vocals, this single utilizes resonant stab synths, replaced further via an even weirder but amusing riff to completely go off any predictable schemes. Certainly, a weekend belter to be played loud!

Madox network is known to consistently put out fresh tracks from talented uprising aliases, and this time, Nashville-based CH33TAH has offered us “Vegas”.

Inspired heavily by the snappy STMPD electro/bass house influences, the percussive drop lead is funky and supported by plenty FXs and low-end, making for quite the club weapon!