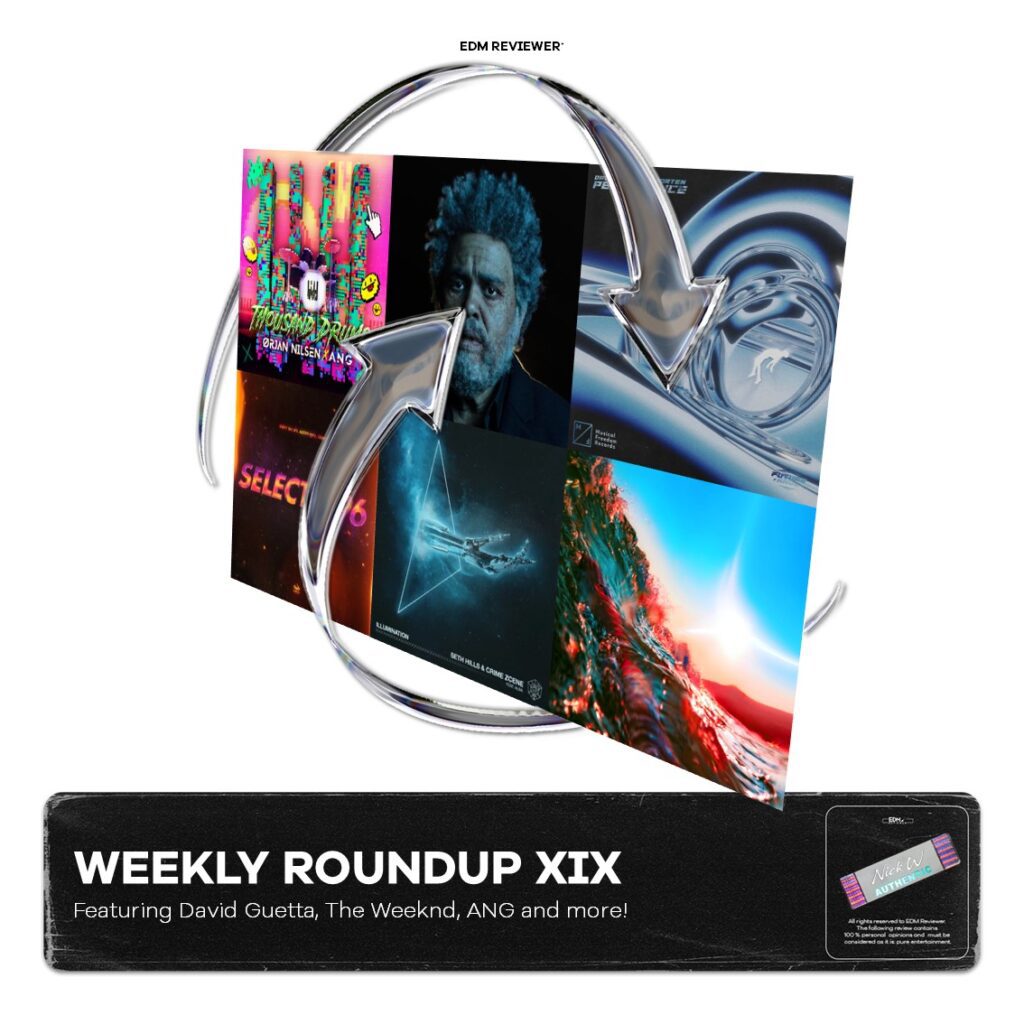 After what feels like a damp firework showing a few sparks before going fuse, only to burst later unexpectedly, this new year has finally brought upon a bunch of tracks that are worth-mentioning. The first roundup for this year has music from the Weeknd, Joji, Orjan Nilsen and more. How did they fare? Let’s get into it!

Marching on like a train with one destination on its mind, Future Rave inaugurated this Friday with “Permanence”.

Deep rolling bassline with widespread supersaws tango together, with a brief breakdown featuring a vocal harmony. The highlight remains the modulated synth-riffs, that add to the unpredictability to the equation. A fiery delight, certainly!

If you are still scratching your head about how the Weeknd gets involved in this list – well you see, in short, his latest album “Dawn FM” has production assists from the likes of Calvin Harris and of course, SHM.

This might not be an official collaboration, as “Sacrifice” adopts the after-seventies disco-funk theme of the album. A psychedelic guitar riff that reminded me of “Grayhound” (excuse my poor humour) works with the soulful vocals from the Canadian hotshot, upbeat all throughout.

Welcoming “In My Opinion” boss Orjan Nilsen into their fold alongside the duo ANG, Rave Culture brings forward “Thousand Drums” from both.

In the swanky signature fashion the Norwegian producer likes his Electro House, the Mexican pair provided for the Big Room-ish base and synth-selection. Furthermore, its away from the repeated Tranceroom sound, finding its own creative rhythm.

A great start for RC, to say the least!

January blues gets the best of everyone but Bonobo, in leagues with the mighty Joji, has the remedy- “From You”.

Swirling and lo-fi hop, soulful arrangements are washed over by a heavenly vocal feature from Joji, maintaining a slow but bittersweet cadence. Instantly relaxing, for sure.

STMPDs frontiersmen Seth Hills and Crime Zcene have teamed again, after a while, this time collaborating with vocalist ALBA for a deep house oriented tune.

Airy and gorgeous vocals lead up to the drop, which then introduces a mildly distorted bassline with quirky FXs and hits to align with the creators’ sonic trademarks, making it a catchy tune to hum alongside

It’s been a good while since I listened to anything from the talented Dirty Ducks– the Italian pair have been on Fonk and Revealed, to name a few major labels.

Taking the initiative with Azooland and Osins, the group successfully crafted an eccentric Bass-Electro House hybrid, carrying that tribal spirit. It’s not the usual stuff, and for that I can commend it!