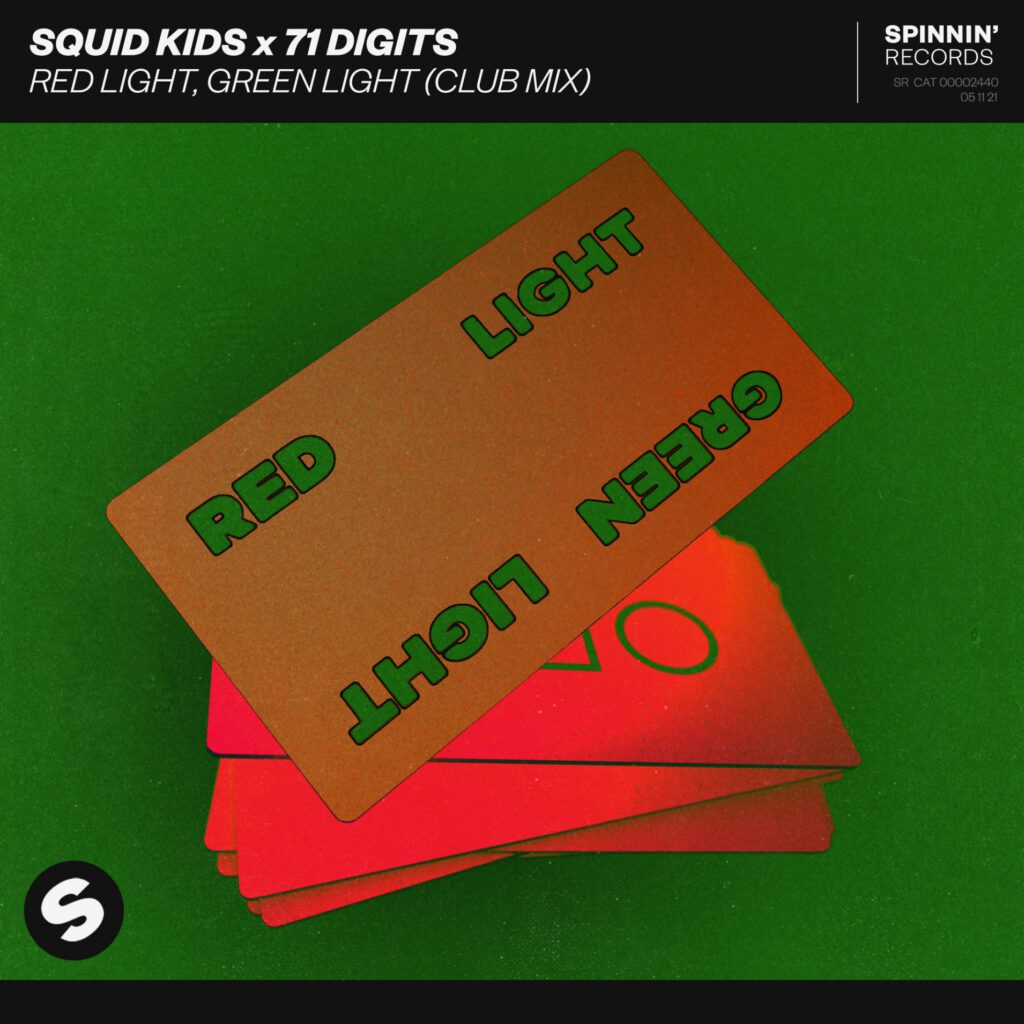 We recently published the following part for the Squid Game remixes, but at the time of writing, this one wasn’t out yet. The original version of “Red Light, Green Light” was nothing short of disappointment, s boring Slap House idea whose drop was annoying beyond irreparable. Now, Squid Kids (a new duo created in honour to the series we’ve mentioned) and 71 Digits released the club mix to their… slappy tune.

If your expectations were higher, tone it down. Unfortunately, the vocal chop is still there and looped in such a way that is extremely unsettling. The good news though? The redemption is there despite this. Right after, the build-up uses the vocal element and sounds futuristic, as resonating synths come in. Then arrives the Future Rave melody with psy-trance influences on it, turning the drop much more danceable and memorable than its predecessor.

Trust me, this version of Red Light, Green Light is a great surprise! Sadly, as it happens with any song with such commercial intentions, nearly more than two minutes and half of its lengths uses the Ctrl+C and Ctrl+V formula with the drops. Anyways, looks like the Future Rave revolution is not stopping and this attempt at making amends from the pair is certainly an unexpected occurrence in this month. Sure, it isn’t incredibly creative whatsoever, but is worth checking out.