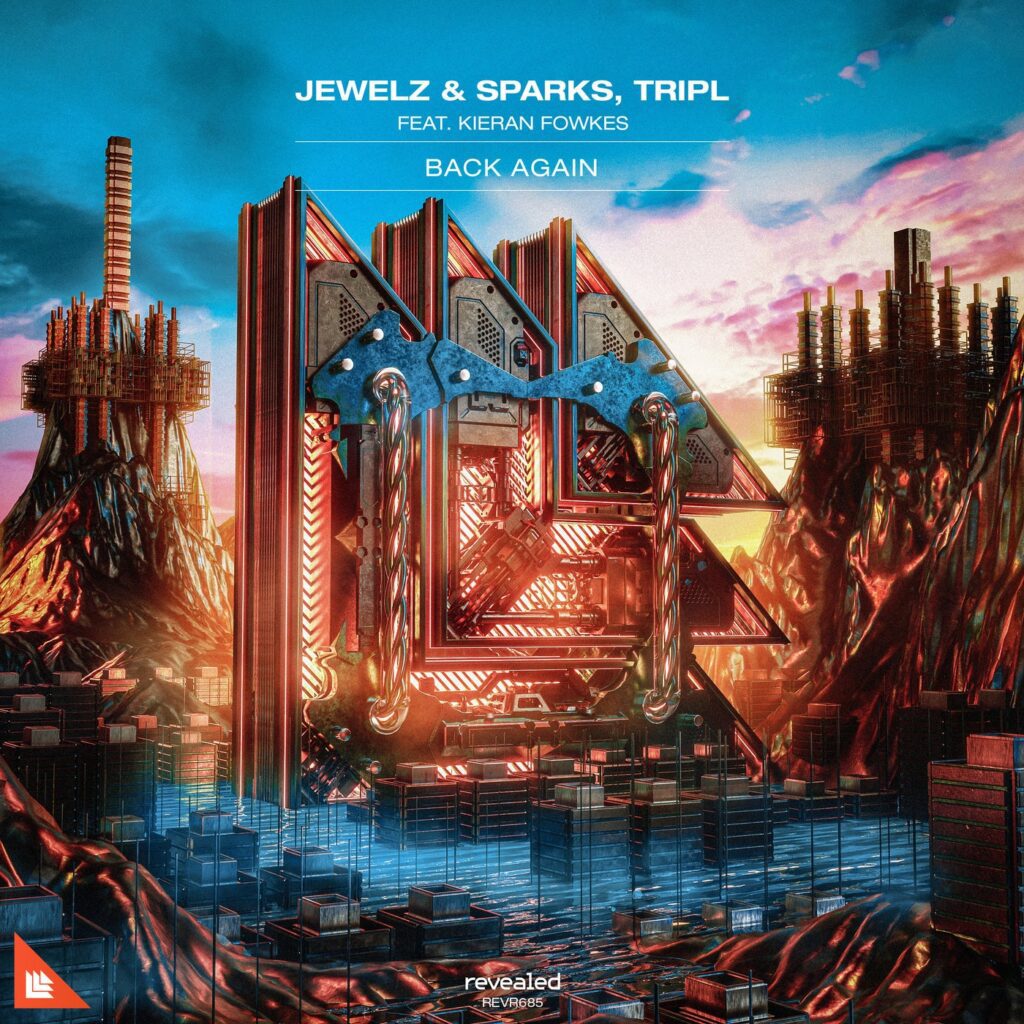 Jewelz & Sparks are by far one of my favourite pair in the scene, as they still brandish their signature which gave them a reputed career. Their steely drums and minimal groove are unique, recognizable and works in variety of sub-genres from Big Room to Pop, you name it. Although showing an impressive variety, they haven’t been showed a stable choice in the last month or so, with independent releases that flew down my radar.

Constantly materializing in Festival labels such as Musical Freedom, Maxximize and Revealed, the German act haven’t stuck to one imprint as such. Anyways, after a couple of years, they have returned to Hardwell’s label with another synergy struck with TripL, “Back Again”. The name might ring a bell, as the Israelite duo made Bass House a staple on the said Dutch music publisher, with zesty ideas like “Get Down” and “Work That Bassline”.

Both groups here share similar methods, since TripL are also focused on their trademark looping fashion, however the two styles… don’t fit together all too well.

I am still recovering from that near-ninety review with FTB’s dexterous Future Rave attempt, so my expectations were wayyy higher for this than usual. The drops, on the contrary, show an unexpected dominance from the Israelites. In fact, J&Ss’ typical elements get overshadowed in the background, giving a forced first impression and sounding muffled and sidelined compared to the rest. The blueprints here draw inspiration from “Work That Bassline” schematics; funky bassline with a teasing male vocal go hand in hand with a dirty lead. More in line with Hexagon, on a second thought.

Even with their name first in the official title, it’s clearly evident that it was a TripL concept from the get-go. Jewelz & Sparks added finer nuances and final polish, and there’s nothing wrong with that. One can’t expect a 50/50 with a team-up like this (we call it the anti-Thanos collaborations at times, don’t mind the insider joke). Waiting for a round two here, as the true potential is yet to be unveiled truly!

You can listen to “Back Again” here: