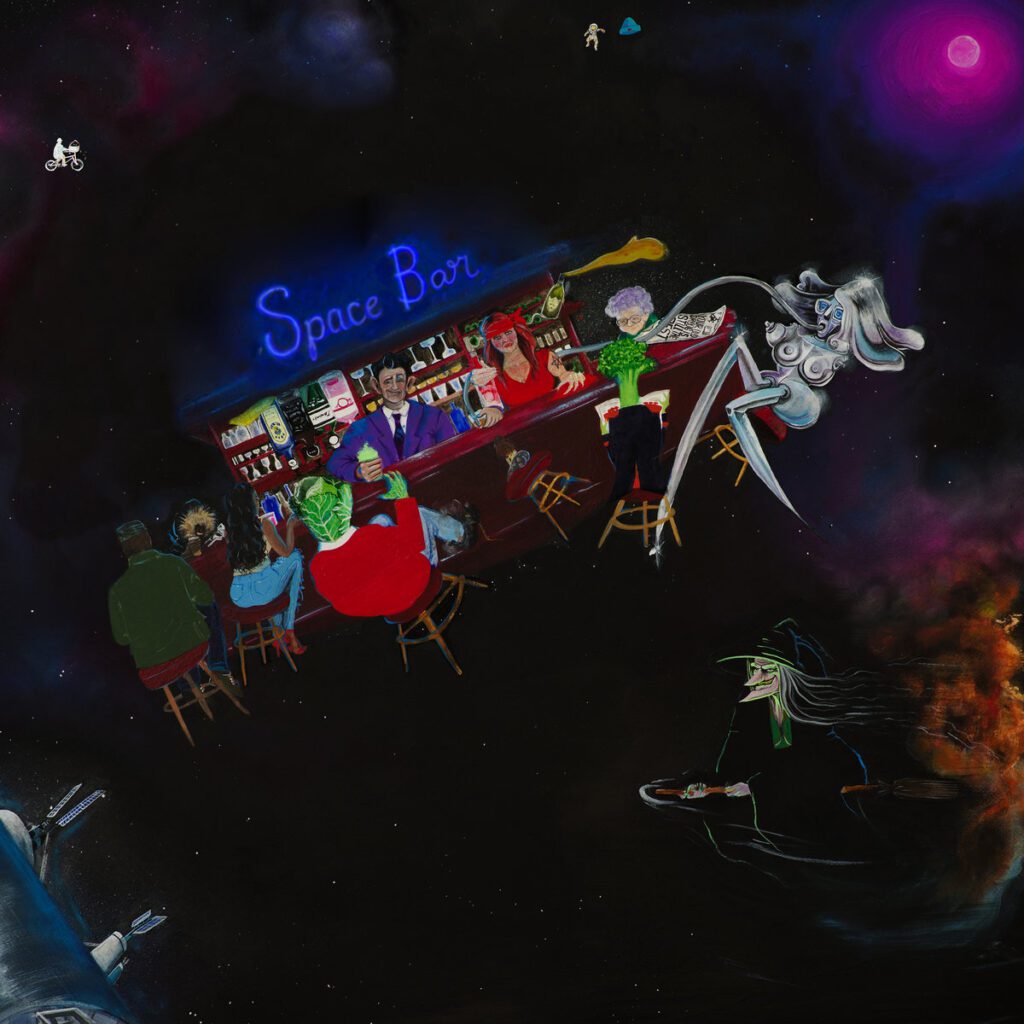 A little less than one year ago, the Brooklyn rapper Your Old Droog released his album Dump YOD: Krutoy Edition. Ever since then, Droog has been on a serious hot streak. Thus far in 2021, he’s released the solo album Time and teamed up with frequent collaborator Tha God Fahim on the projects Tha Wolf On Wall St. and Tha YOD Fahim. Today, Droog has released the new LP Space Bar, his fifth full-length in the space of a single year. That’s an amazing work ethic, and the real crazy thing is that all of those albums are good.

Droog only just announced the release of Space Bar, but in the lead-up to the album, he’s shared the early singles “Yuri” and “Meteor Man,” the latter of which features Lil Ugly Mane and billy woods. The album also has a pair of Tha God Fahim collaborations and an on-fire guest verse from Richmond veteran Nickelus F. Producers like 88 Keys, Nicholas Craven, SadhuGold, and Elaquent contribute beats.

Those guest appearances are cool, and it’s always good to hear Droog go head-to-head with his peers. But with every Droog album, the man himself is the main attraction. Droog is a New York classicist with an in-the-pocket flow, a sneaky sense of humor, and a virtuosic way with wordplay. The man knows what he’s doing. Listen to Space Bar below.

Space Bar is out now, and you can get it at Bandcamp.