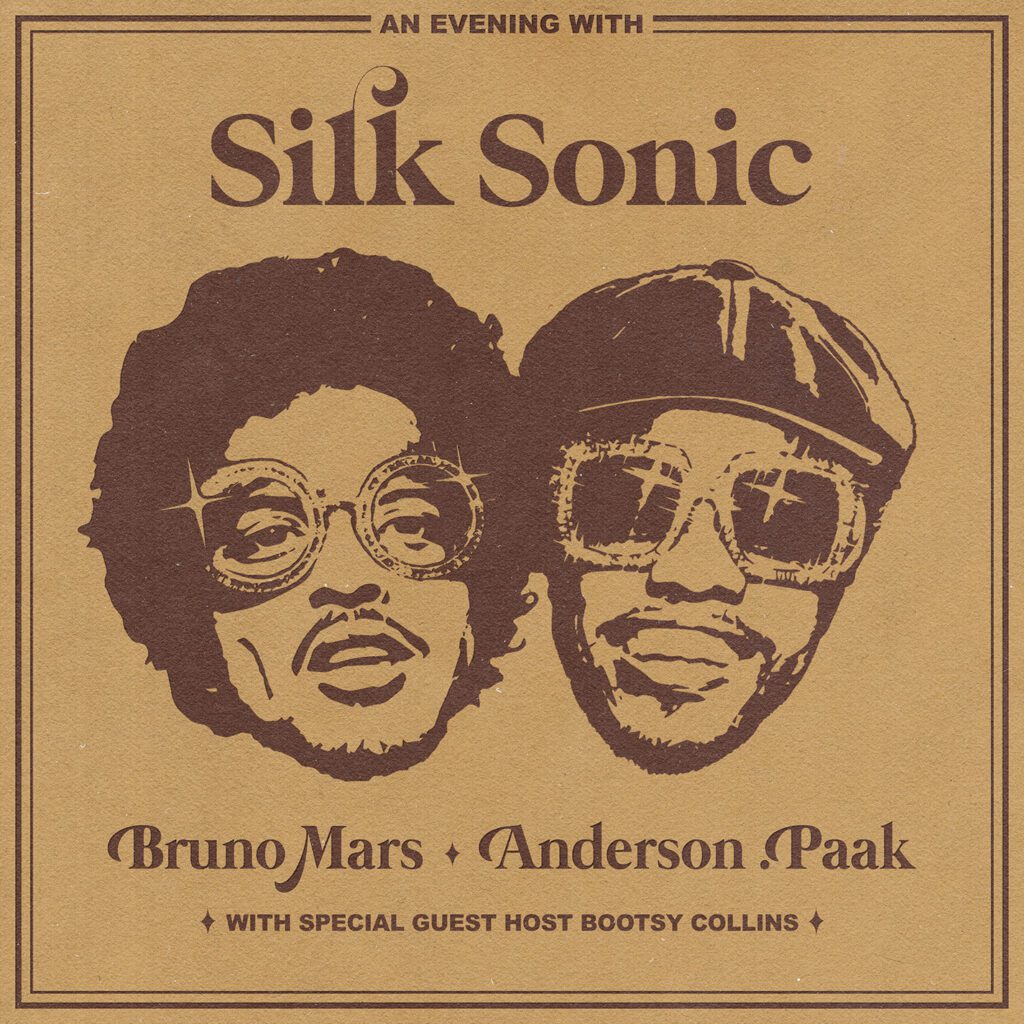 Back in February, funky crowd-pleasers Bruno Mars and Anderson .Paak announced that they had teamed up to to form a duo called Silk Sonic. The duo’s debut single “Leave The Door Open,” a smooth pastiche of ’70s soul, was a smash, and they found a similarly lush groove on the successive singles “Skate” and “Smokin’ Out The Window.” Today, the long rush for that Silk Sonic debut album — an LP that was initially pushed back into January — is finally over.

An Evening With Silk Sonic is exactly what Mars and .Paak advertised when they first got together. It’s a compact, gleaming record — only nine songs (including an intro track), lasting a grand total of 31 minutes. P-Funk legend Bootsy Collins plays the LP’s “special guest host,” popping up periodically to say something cartoonishly smooth, and Thundercat also adds vocals to one track. There’s nothing remotely challenging about An Evening With Silk Sonic, but it’s a deeply pleasant ride. Listen to it below.

An Evening With Silk Sonic is out now on Aftermath/Atlantic.