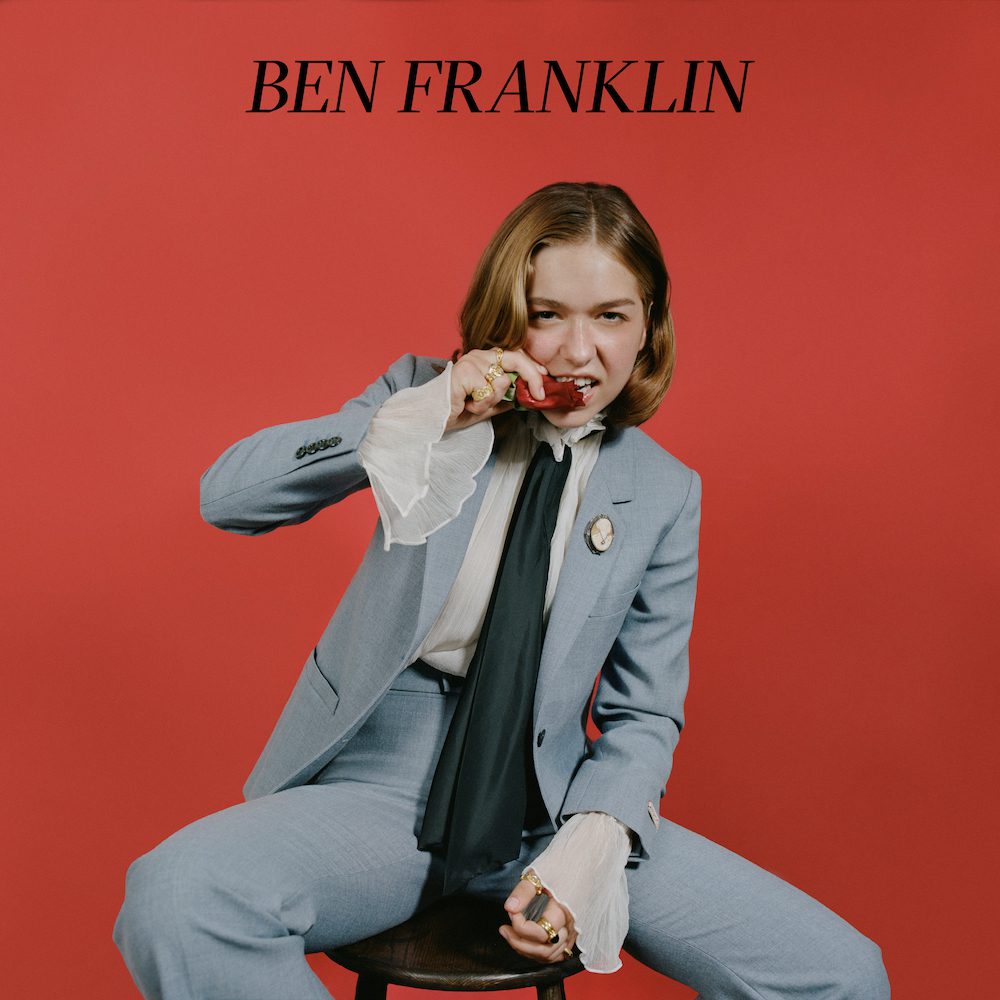 Snail Mail released her triumphant new single “Valentine” just a few short weeks ago — it landed on top of our best songs of the week list — and there’s just a few long weeks to go until Valentine, the album, is released in full. Today, Lindsey Jordan is sharing Valentine‘s second single, “Ben Franklin,” which boasts some crackling synths and a cheekily melodramatic hook: “Sucker for the pain huh, honey?/ But you said you’d die!/ You wanna leave a stain forever/ But you said you would’ve died for me.”

“I wanted to sonically and lyrically get out of my comfort zone with Ben Franklin,” Jordan said in a statement. “It felt only right that the visual accompaniment should include dancing in front of a camera and holding a 10 foot snake close to my face.” Said music video, directed Josh Coll, does indeed have a giant snake and a whole lot of dancing around a swanky-looking room, as well as a puppy eating ice cream, a Nintendo 64-style Snail Mail video game, and more.

Watch and listen below.

Last night at the Waxahatchee show in Brooklyn, Lindsey Jordan came out to help out with a cover of Sheryl Crow’s “Strong Enough.” They previously performed the song together back in 2018. Coincidentally, Katie Crutchfield has some backing vocals on “Ben Franklin.” Here’s their performance :

Valentine is out 11/5 via Matador Records.