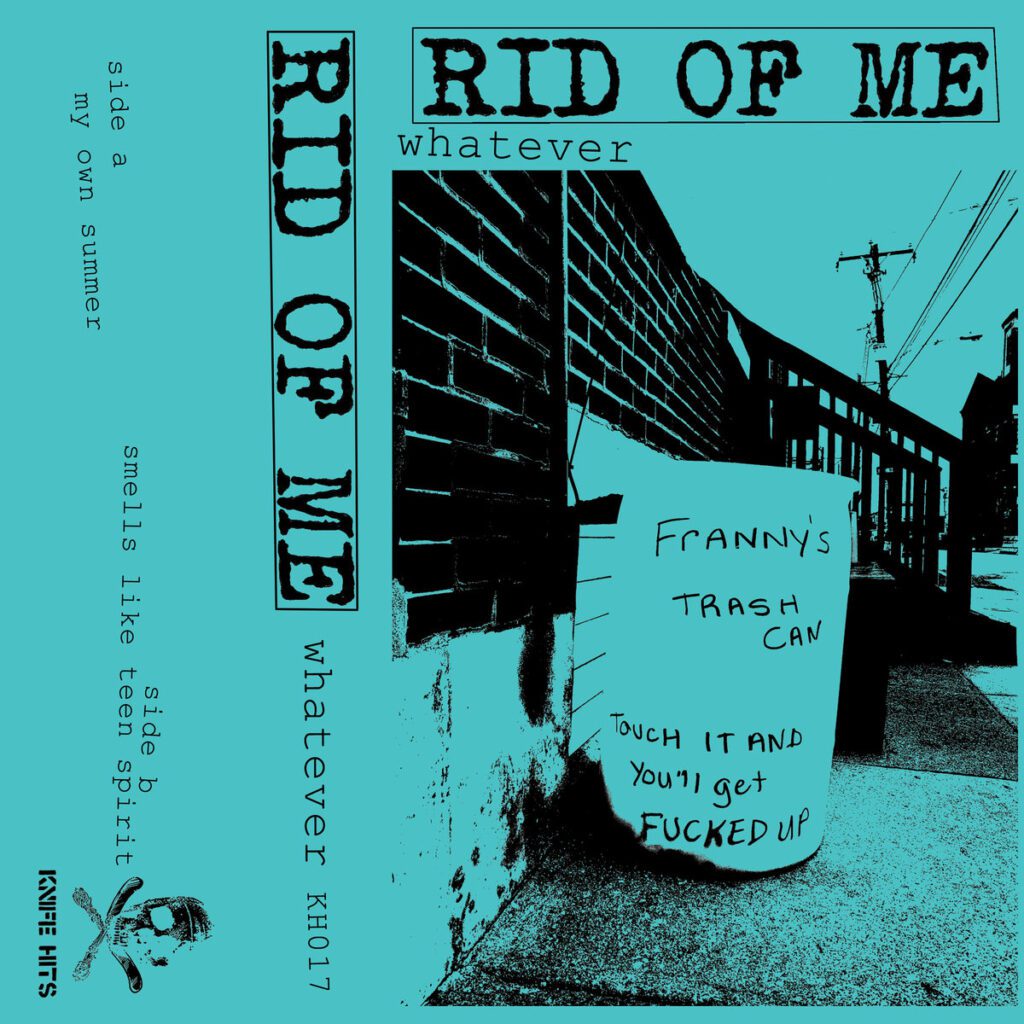 Rid Of Me are named after a PJ Harvey album from 1993, so we already know they love gritty alt-rock classics. As if to underline the point, the Philly band is covering two ’90s heaters on a new cassingle (a very ’90s format) with the title Whatever (a very ’90s title).

The B-side, which has yet to be released, is their take on Nirvana’s immortal “Smells Like Teen Spirit,” a song so entrenched in the cultural memory that it’s difficult to cover in any kind of straightforward fashion (as opposed to a Tori Amos-style reworking). It will be interesting to see how Rid Of Me handle that.

In the meantime we’ve got their rendition of “My Own Summer (Shove It),” the aggressively woozy opener from Deftones’ Around The Fur. Rid Of Me have slightly ramped up the raw power and slightly decreased the dazed, disoriented qualities without abandoning them entirely. The result is ferocious, and you should hear it. Might as well stick around for the original too.

Come shove the sun aside:

Whatever is out 4/29 and can be pre-ordered here. I think God is moving his tongue.