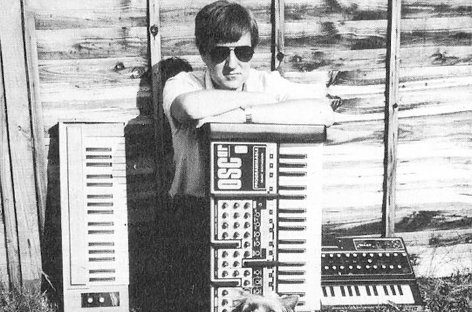 The British synth designer changed the face of electronic music with innovative machines used for decades by artists, from 808 State to Arca. In 1977, Huggett cofounded Electronic Dream Plant (EDP), a small shop that would produce distinctive and highly-collectible synths like the Wasp, Spider and Gnat. He’d go on to start the Oxford Synthesizer Company (OSC) in 1982, producing the similarly infamous OSCar synthesizer.

In the early ’90s, Huggett served as a design consultant for Akai and Novation. In the latter capacity, he worked on the development of the Bass Station, which incorporated oscillators similar to those used on the Wasp. He’d go on join Novation full-time to design the Supernova analogue-modelling synthesizer, release in 1998. Huggett continued to make waves in the following decades with his design for the Bass Station II, Peak and Summit, synthesizers containing Huggett signatures like the multi-functional use of synth keys and dual filter combinations.

Synthesizer enthusiasts have been mourning the legendary designer.

Honoring Legendary Synth Engineer & Designer Chris Huggett.
Widely known for creating the 1978 WASP & his innovative work as a main creator of @WeAreNovation products, Chris leaves us many designs to inspire creativity.
Our deepest condolences to his family, friends & associates. pic.twitter.com/ufmcPXWFTS

R.I.P. Chris Huggett, creator of the Caterpiller, Gnat, OSCar, Spider, Wasp and a series of synths for Novation like the Bass Station and the Peak. Solid Space used the Wasp all over ‘Space Museum’ (every track except Contemplation) @MafVosburgh https://t.co/PlyYRmfpGK pic.twitter.com/nXKdwEFb9u

Check out a timeline tracing Huggett’s synthesizers and their broad impact on electronic music.