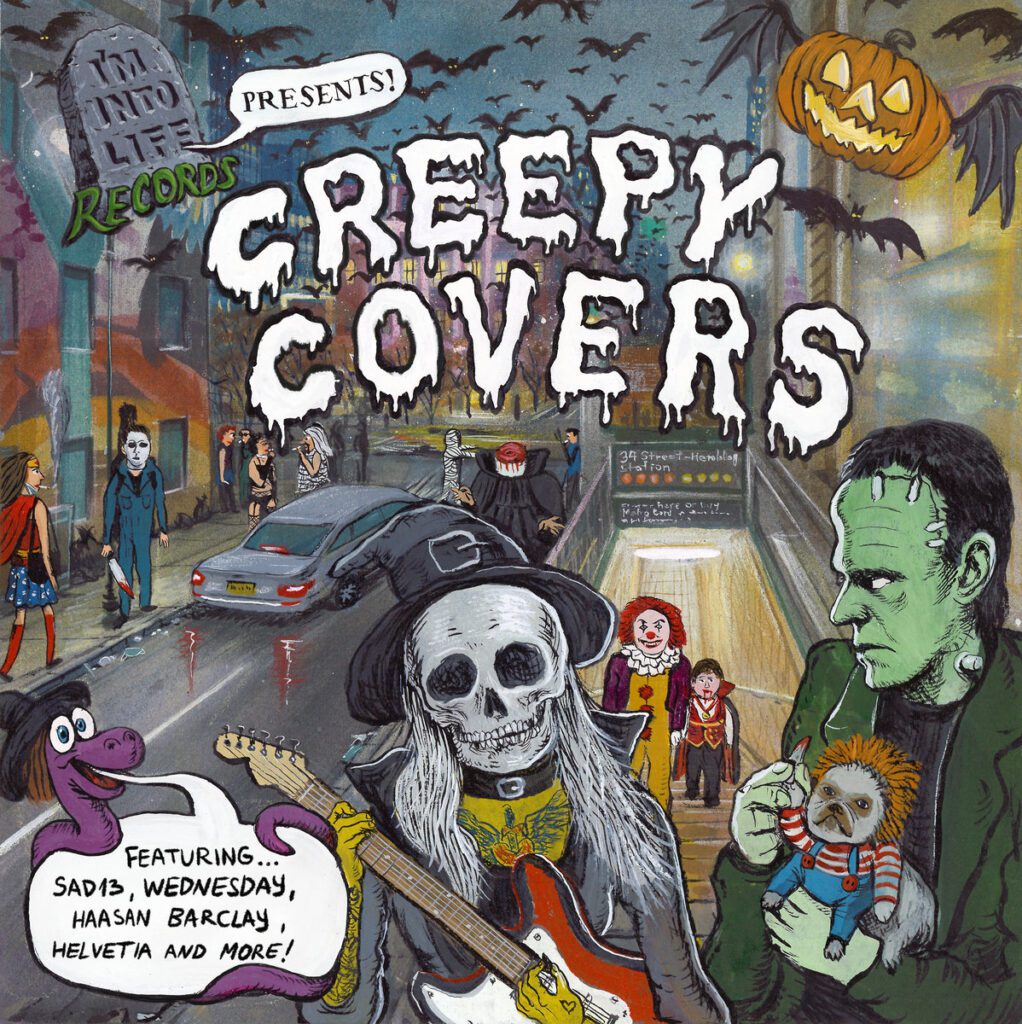 The fledgling label I’m Into Life Records has organized a benefit compilation just in time for spooky season called Creepy Covers, which will be out on October 15. All proceeds from the album this month will go to Trans Defense Fund LA.

It features a collection of scary songs covered by the likes of Sad13, Deer Scout, MJ Lenderman and Wednesday, Kal Marks, and more. Included are cuts from the soundtracks of Halloween, Friday The 13th Part III, Bram Stoker’s Dracula, and The Crow. For their part in the comp, Sad13 have offered up a take on the classic “Trick Or Treat” sing-song, as delivered on CatDog by the titular CatDog.

This is not the first time that Sadie Dupuis has tackled a song from a TV show. Previously, she did The OC theme song and the Veronica Mars theme song.

Hear their cover of “Trick Or Treat” below.

And here’s that Wednesday/MJ Lenderman cover (via Post Trash):

The Creepy Covers compilation is out 10/15 via I’m Into Life Records. You can pre-order it here.