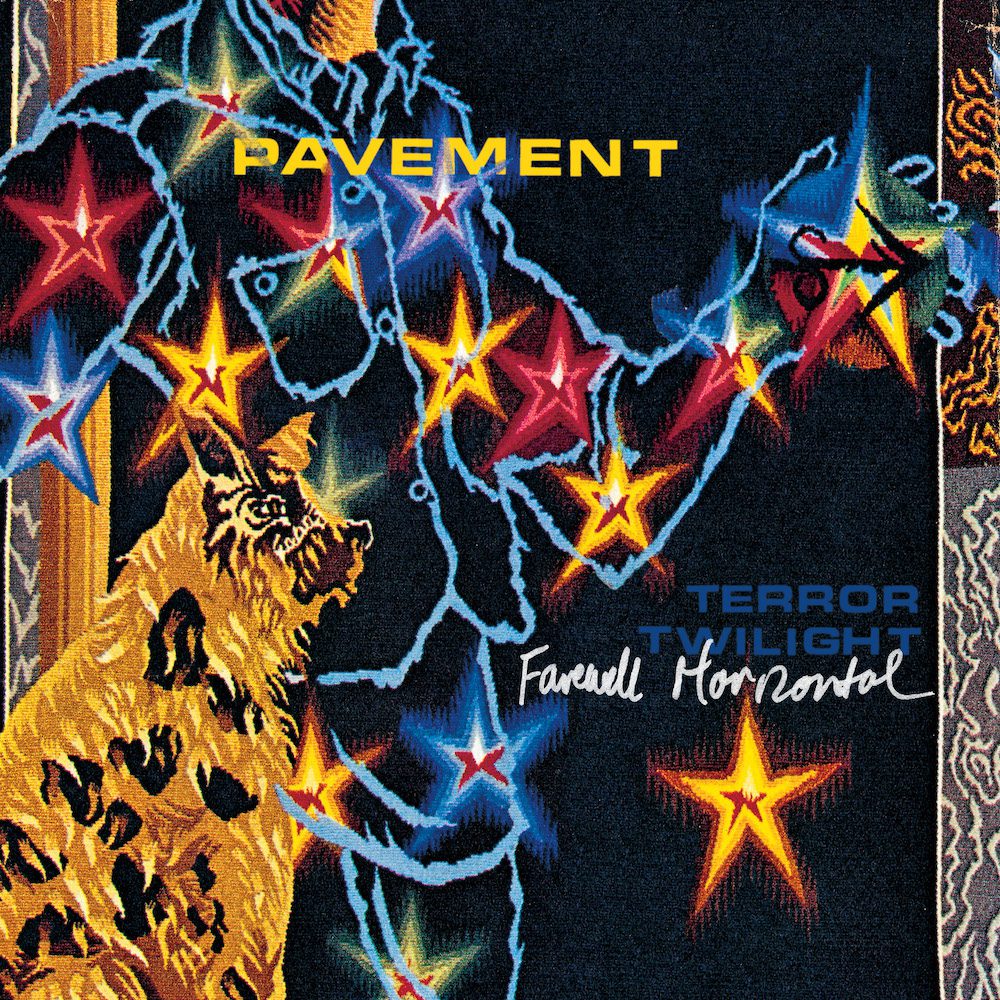 Pavement are embarking on a North American reunion tour this fall, but before that the band will finally release the much-anticipated deluxe reissue of their final album, 1999’s Terror Twilight. After teasing it last year, Matador Records revealed today that Terror Twilight: Farewell Horizontal will come out on April 8 in both 2xLP and 2xCD editions.

The 45-track collection will include a remastered version of the album, B-sides, home demos, rehearsal tapes, live recordings, and some rough tracks from a session at Sonic Youth’s Echo Canyon studios. The physical editions will also come with a book containing photos and commentary from the band. The LP version will restore the tracklist sequence suggested by the album’s producer Nigel Godrich, while the CD will retain the band’s final track order.

Today, we’re getting the previously unreleased full band track “Be The Hook.” Check it out and the full deluxe reissue tracklist below.

Terror Twilight: Farewell Horizontal is out 4/8 via Matador Records. Pre-order it here.