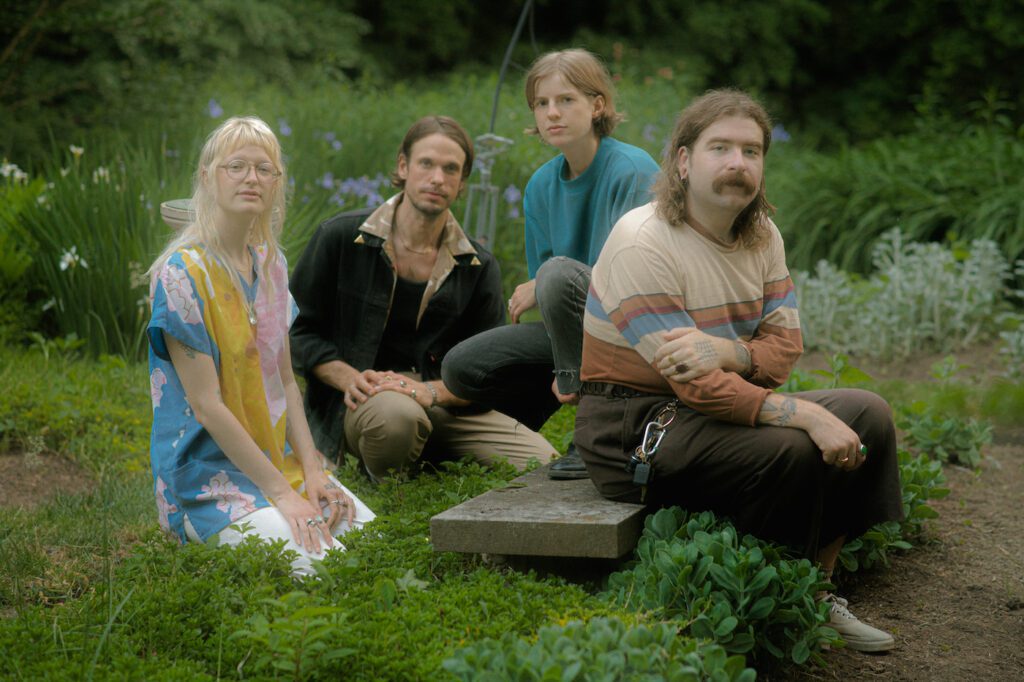 Next month, Empath are releasing their sophomore album, Visitor, the follow-up to their excellent 2019 debut Active Listening: Night On Earth. We’ve heard “Born 100 Times” and “Diamond Eyelids” from it so far, and today the Philadelphia-based crew is back with another single, the thumping and disassociate “Passing Stranger.” Here’s Catherine Elicson on how the track came together:

The beat was inspired by druggy Velvet Underground drums, on top of which Randall began improvising a heavy tremolo on his synth. One of the slowest songs we’ve ever written without an abrasive moment. We finally got to do a fade out. This song was written in a similar way to ‘Diamond Eyelids’ i.e. collaging together memories. This time I pieced together different memories from my childhood, some idyllic, some difficult, but as if it were a story about someone else returning to their hometown. The melody of this song was actually in a really old iPhone voice memo that I had made and forgot about. When I re-listened to it after a year or so, I was like damn this is catchy I gotta finish writing this one. I also wanted a song where I could bust out my sweep picking in a non-cringe way. I hope to be considered at the vanguard of sweep picking in pop music, thank you.

Watch the Elicson-directed video for “Passing Stranger” below.

Visitor is 2/11 via Fat Possum. Pre-order it here.