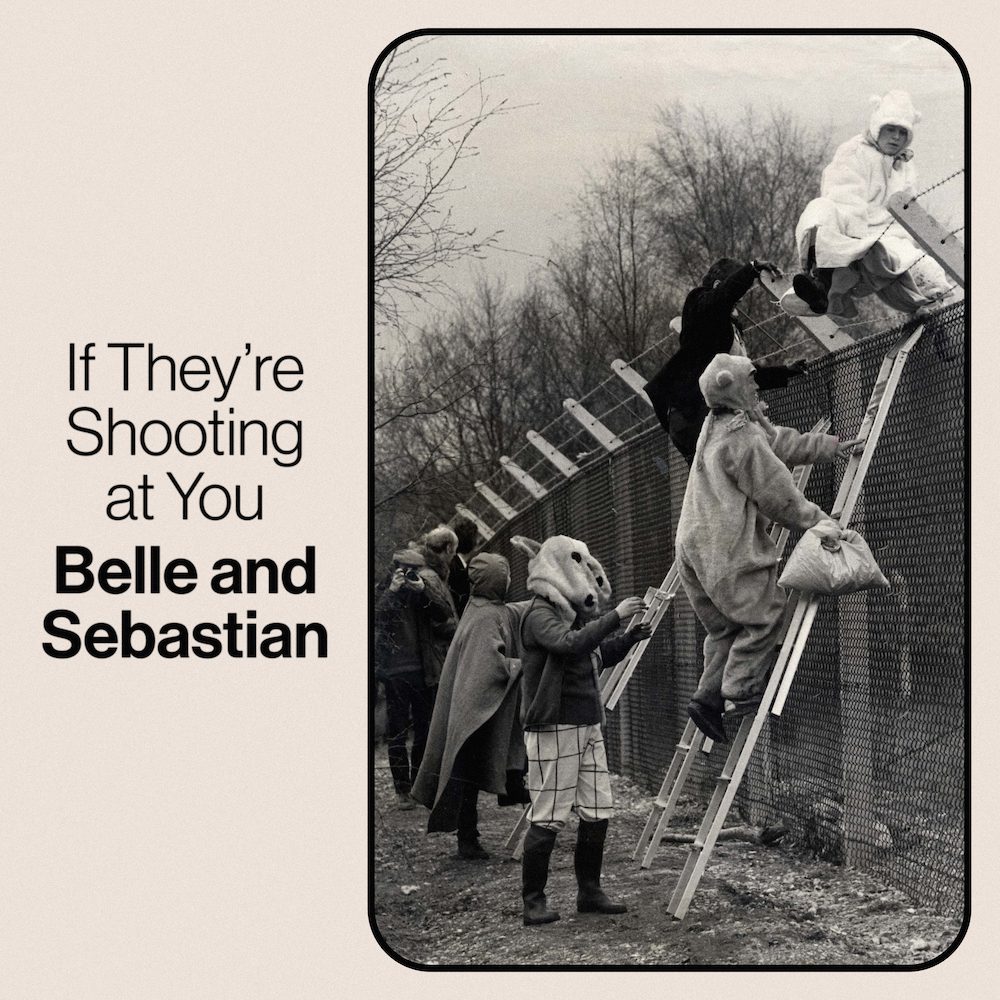 Belle & Sebastian have shared a poignant new song and video in support of those affected by the war in Ukraine. “If They’re Shooting At You” features a visual collaboration with photographers covering the ongoing conflict, and all income from the song will go to the Red Cross. Likewise, donations made via Bandcamp until March 18 will be matched by the UK government as part of the joint appeal with the Disasters Emergency Committee. The song is a co-production between B&S, Shawn Everett, and Brian McNeill.

Stuart Murdoch said in a statement:

When the situation in Ukraine first started to happen it became clear that the lives of the people there, and probably “ours” too, were never going to be the same. The band had just started rolling out tracks for our new album, and it all felt a bit silly to be honest.

We had one track called “If They’re Shooting At You,” it’s a song about being lost, broken and under threat of violence. The key line is “if they’re shooting at you kid you must be doing something right.”

We stand in solidarity with the people of Ukraine and hope that their pain and suffering can be brought to a halt as soon as possible.

We got in touch with various photographers and creatives in Ukraine and they generously said that we could put their pictures to music. In creating this we aspire to show a hopeful, defiant side, as well as bringing an awareness to the plight of the people there.

We think any way in which we can get behind Ukraine – politically, culturally, practically, spiritually – it must all add up in the end. Together we have to do what it takes to help Ukraine beat this tyranny.

Please consider giving to the Disasters Emergency Committee, The Red Cross, or any other humanitarian charity involved in the crisis.

If you choose to donate to the Red Cross, please visit here. They are part of the joint appeal with the DEC until March 18th, and money donated before then will be matched by the UK government.