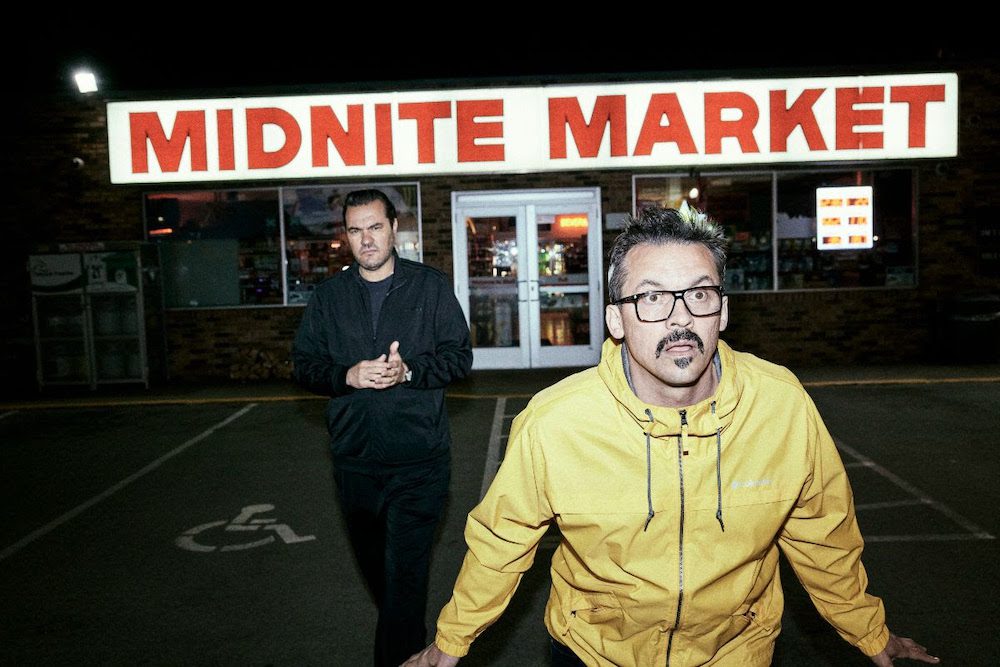 More than 21 years ago, I saw the Minneapolis rap group Atmosphere open a show at New York’s Knitting Factory. At that show, the late Eyedea was Atmosphere’s hypeman, and they were great. The bill also included a couple of standout New York underground acts, J-Live and MF DOOM, all opening for Chuck D’s terribly and justifiably forgotten rap-metal group Konfrontation Kamp. DOOM and Atmosphere soon became underground rap institutions, and DOOM released his 2004 album Mm..Food on the Atmosphere-affiliated Rhymesayers label. We lost DOOM last year, but now he’s made a posthumous appearance on Atmosphere’s new song “Barcade.”

“Barcade” also features Aesop Rock, a fellow underground rap veteran who now records for Rhymesayers. It’s the first time that Slug, DOOM, and Aesop have all rapped on the same song since the three of them appeared on the Molemen’s “Put Your Quarter Up” in 2001. (Both “Barcade” and “Put Your Quarter Up” are about video games.) “Barcade” is an appropriately zonked-out jam with a sci-fi beat and with everyone involved getting loose.

Atmosphere just released their new album Word? today, and it also features appearances from people like Evidence, Sa-Roc, and Lateef The Truthspeaker. Below, you can check out the computer-animated, video-game-themed “Barcade” video below.

And if you want to stream the rest of Word?, it’s below.

Word? is out now on Rhymesayers Entertainment.