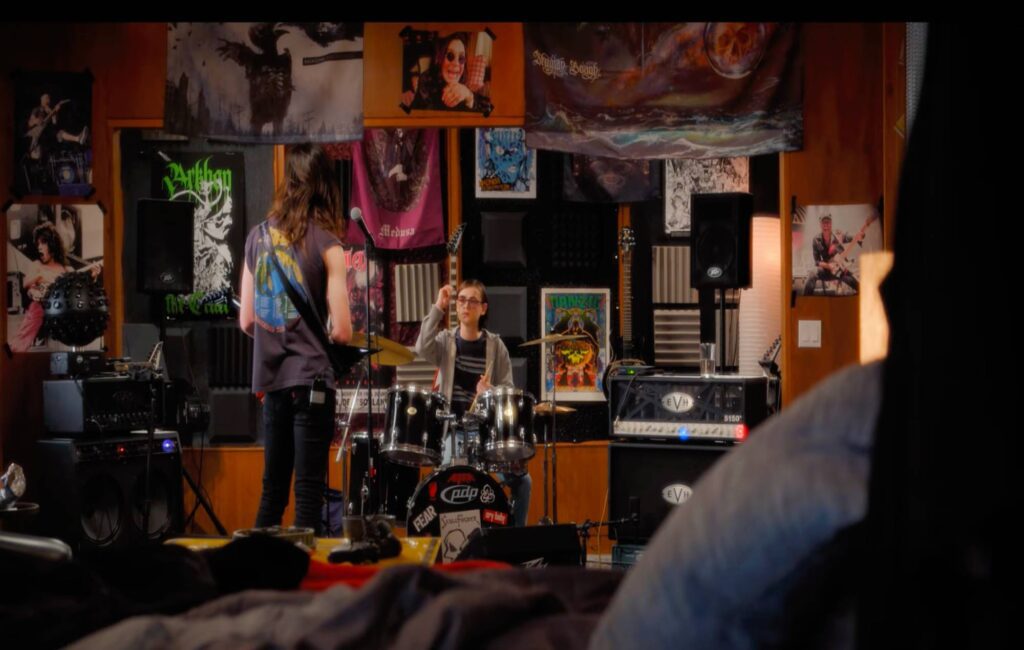 A new trailer has arrived for Metal Lords – an upcoming film from Games of Thrones co-creator D. B. Weiss and Tom Morello – watch it below.

The new film, which arrives on Netfilx next month, has been written and produced by Weiss, while Morello has executive produced.

It’s directed by Peter Sollett and is a comedy about two teenagers who start a metal band and enter a competition at school.

The official synopsis from Netflix reads: “Two kids start a metal band in a high school where exactly two kids care about metal. They can’t find a bassist, but there is this one girl who plays the cello. They need to work together if they’re ever going to win the Battle of the Bands.”

You can watch the trailer here:

Weiss wrote a version of the script before Game of Thrones, he explained to Billboard.

“When David and I started working on the Thrones process around 2006, I figured the plan was, if and when Thrones fell apart— which seemed likely— I’ll go and do my metal movie with Greg,” Weiss told the publication.

“Thirteen years later, I was talking to Greg and he said, ‘Let’s do Metal Lords.’ In the interim, he had won an Academy Award for The Hurt Locker and had produced Zero Dark Thirty and all the Harold and Kumar movies.

“He had done everything from art house stuff to action to comedy, and I was like, ‘You have an Academy Award, dude. You don’t have to produce movies about metal kids.’ But he wanted to make it anyway, so we took it to Netflix’s Lisa Nishimura. Lisa worked for Island Records for years and is a serious music person, so she got it right out of the gate.”

Weiss continues: “I’m hoping that people can see something of themselves in the characters, and come away from the movie feeling a little bit better than they felt going into it. On the surface, the music can be dark and aggressive. It’s often meant to freak people out. But the uses to which the music is put are often the opposite of that. It’s music for people who don’t feel like they have a place in the world they see around them. Music for people who are looking for a way to express that feeling of being on the outside.”

Speaking about the film, Morello added: “I grew up in a small, cloistered, conservative suburb where my musical tastes ran against the grain of almost everybody else in school and certainly all of the teachers, so this is something I can very much relate to.

“It’s a story of kids trying to get their first band together and having a dream, but perhaps not having the technical ability or the artistic vision to make that dream real. Or do they? For me, it harmonises in a lot of ways with the real story of so many kids who are locked in these suburban hells and the key to get out is an electric guitar or drums or rock and roll music. The music shows a way to transcend this stifled daily existence, to try to be something better, be something more authentic and true than what’s handed to you by your surroundings.”

The film arrives on Netflix on April 8.