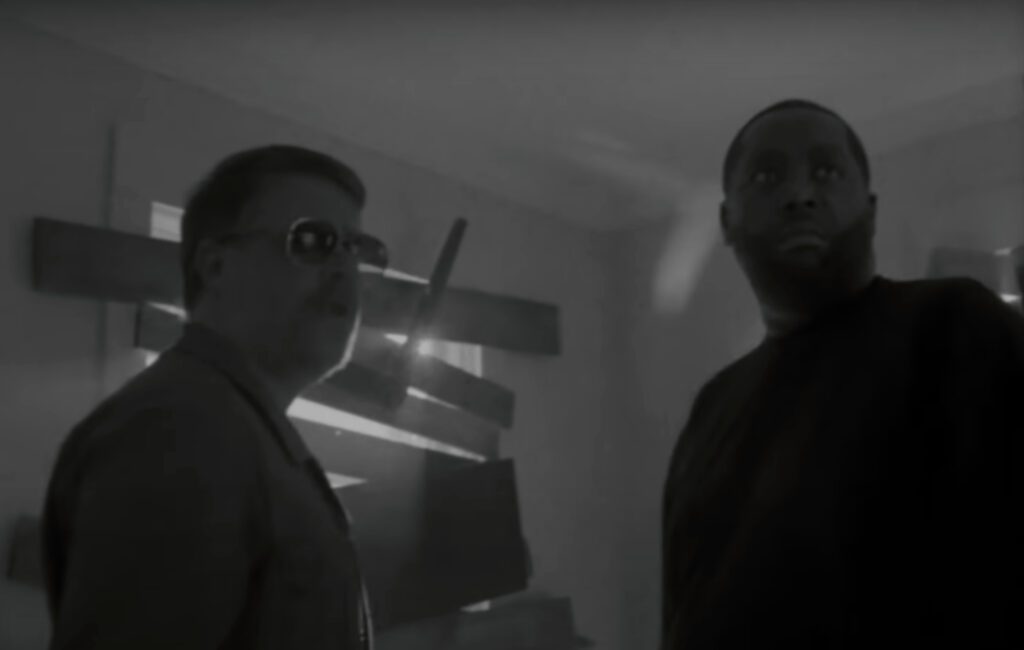 Run The Jewels have shared the official video for ‘Never Look Back’ – you can watch it below.

The song appears on the hip hop duo’s latest record ‘Run The Jewels 4’, which was crowned NME‘s album of the year in 2020.

Premiering as part of Adult Swim Festival 2021, the black-and-white Night Of The Living Dead-inspired visuals begin with a classic car driving through a graveyard. Elsewhere, we see RTJ – aka El-P and Killer Mike – get out of a separate vehicle as a storm begins to brew.

A woman’s husband is then murdered after the couple are interrupted while visiting a loved one’s gravestone. Later, a group of zombies move slowly across the field. Having driven away from the scene, the female character abandons the car to make her escape on foot.

Run The Jewels, meanwhile, discover the crashed vehicle at the side of the road before coming face to face with the flesh-eating creatures in a nearby house.

“I want to be on Killer Mike’s team when the zombies come,” said one fan of the John Hillcoat-directed video. Another wrote: “Night Of The Living Dead and RTJ?? Imma need a spinoff bruh.”

Run The Jewels released a deluxe edition of ‘RTJ4’ back in September. It includes a Lil Wayne remix of the track ‘Ooh La La’.

In a five-star review, NME hailed the original album as “easily Mike and El-P’s best work to date”, adding: “‘RTJ4’ is protest music for a new generation; they’re armed in the uprising with a torrent of spirited rallying calls. And they are fearless in their approach to holding middle America and its apathetic leaders accountable.”

Run The Jewels are set to embark on a UK headline tour next June, which kicks off with a show at the O2 Brixton Academy in London. They’ll also appear at Primavera Sound 2022 in Barcelona.