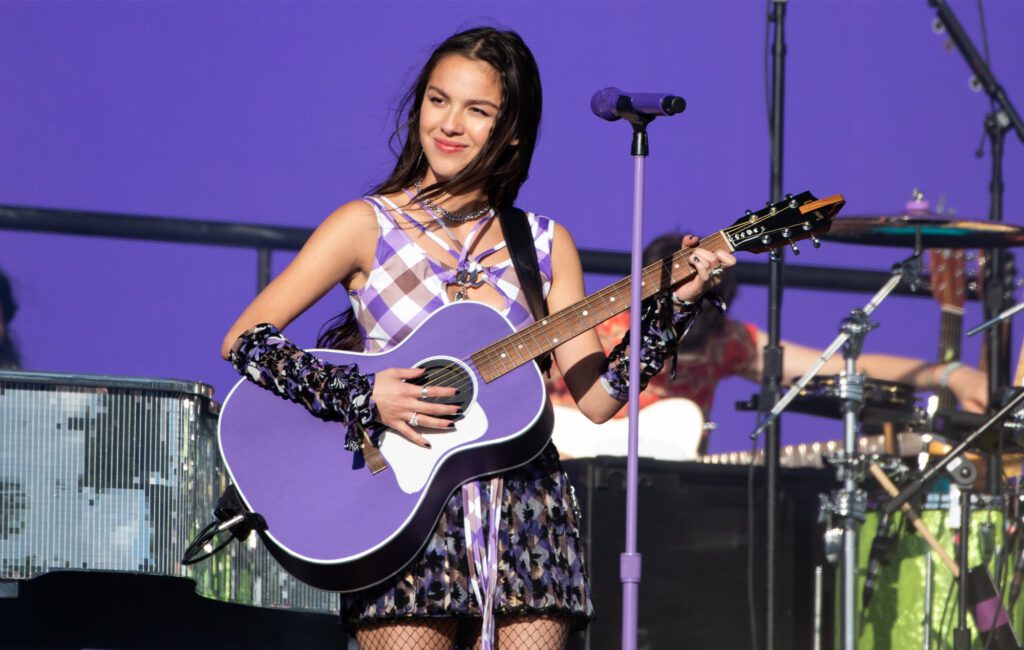 During the first of her two shows in London last night (July 6), Olivia Rodrigo invited Natalie Imbruglia to join her onstage, where together they performed Imbruglia’s 1997 hit ‘Torn’.

Rodrigo had performed the track – which appeared on Imbruglia’s debut album, ‘Left Of The Middle’, six years before Rodrigo was born – once before, in a spontaneous performance at the Manchester Apollo last Sunday (July 3).

This isn’t the first time Rodrigo’s been joined onstage by the artist she’s covering, either; during her set at this year’s Glastonbury festival, she linked up with Lily Allen to perform ‘Fuck You’ in tribute to the US Supreme Court (which had overturned Roe v. Wade the day prior). On the US leg of her ‘Sour’ tour, Rodrigo was joined by Alanis Morissette to cover ‘You Oughta Know’ in LA, and by Avril Lavigne for a cover of ‘Complicated’ in Toronto.

Have a look at fan-shot footage of Rodrigo performing ‘Torn’ with Natalie Imbruglia below:

Rodrigo will perform her second show at London’s Eventim Apollo tonight (July 7). It’ll be the last date on the UK and European run of her ‘Sour’ tour, and at the time of writing, her last show altogether for the immediate future. Limited tickets are still available to purchase – find them here.

Elsewhere on the tour, Rodrigo covered ‘Seether’ by Veruca Salt, which the band themselves praised shortly thereafter. In Vancouver, she linked up with Conan Gray to cover ‘The One That Got Away’ by Katy Perry, and in Philadelphia, took on No Doubt’s 1995 hit ‘Just A Girl’.

Reviewing Rodrigo’s set at Glastonbury, NME’s Hannah Mylrea wrote: “For the past 18 months, Rodrigo has been on a rapid upward trajectory – her music becoming an omnipresent phenomenon. Starting with the global success of break-up anthem ‘Drivers License’ in early 2021, her pop-punk infused debut album ‘Sour’ spawned a host of further hits; and her Glastonbury performance demonstrates just how massive her slick tunes have become.”