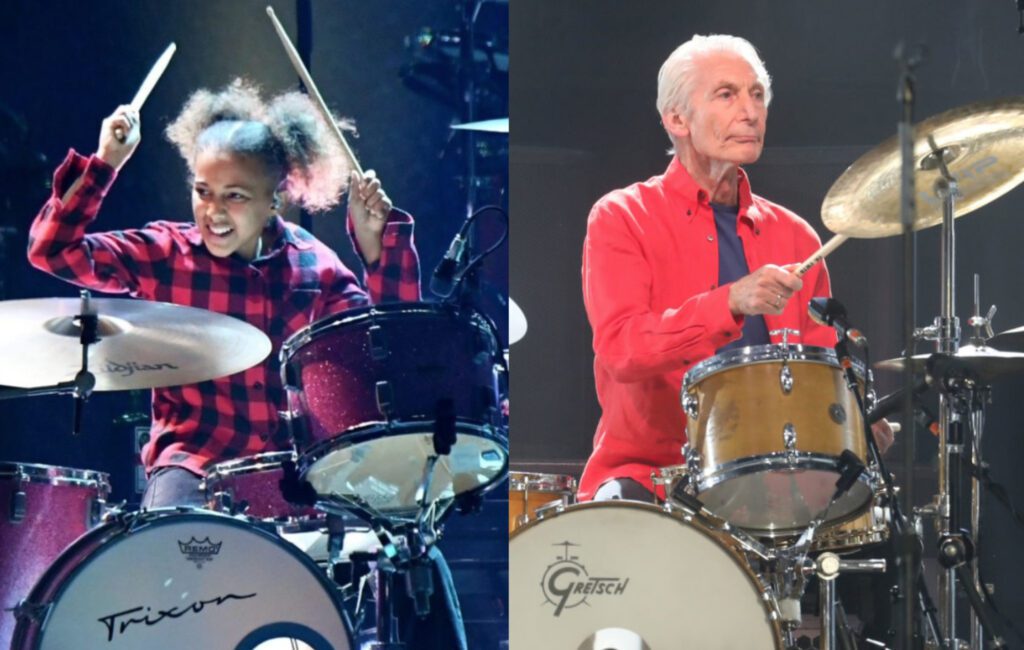 The 11-year old musician – who has previously performed with the likes of Foo Fighters and Arctic Monkeys drummer Matt Helders, and has covered songs by Nirvana, Linkin Park, Slipknot and Muse – shared the cover on YouTube last week.

In the six-minute-plus clip, Bushell plays drums, electric guitar, keys, alternative percussion, and saxophone , and she even sings the 1969 song’s vocal refrain.

“This cover is for Charlie Watts,” Bushell wrote in the video’s description. “I wanted to do something really special for Charlie. This is my most ambitious cover yet. Gimme Shelter is such an incredible tune. I hope one day I get to jam with The Rolling Stones too. Mick Jagger, Keith Richards and Ronnie Wood – I LOVE THE ROLLING STONES!”

You can watch the performance below:

Longtime Stones drummer Watts died at the age of 80 in August, prompting a huge outpouring of tributes from the music world and beyond.

Bushell recently lent her skills to a new Cartoon Network commercial, in which the animated and real-world collide.

In the TV station’s ‘Redraw Your World’ commercial, Bushell is seen drumming along to ‘Drawsticks’ – a song written and produced by composers Brian and Melissa – as she travels around the city.

An ever-growing group of children and cartoon characters follow on, with some taking flight into the sky. The clip ends with Bushell and her kit smashing through a brick wall.

Last month, Foo Fighters frontman Dave Grohl said that watching Bushell play drums was “the true meaning of rock’n’roll”. That is as inspiring as any Beatles record, any Zeppelin record, any AC/DC record, any Stones record.”

“To watch her play the drums and see her passion and belief in this music … if that doesn’t inspire you, I don’t know what will.”

Prior to performing ‘Everlong’ with the Foos at their LA show in August, Bushell and Grohl took part in a virtual drum battle. The pair also gave each other a series of back-and-forth musical challenges during the coronavirus lockdown in 2020.