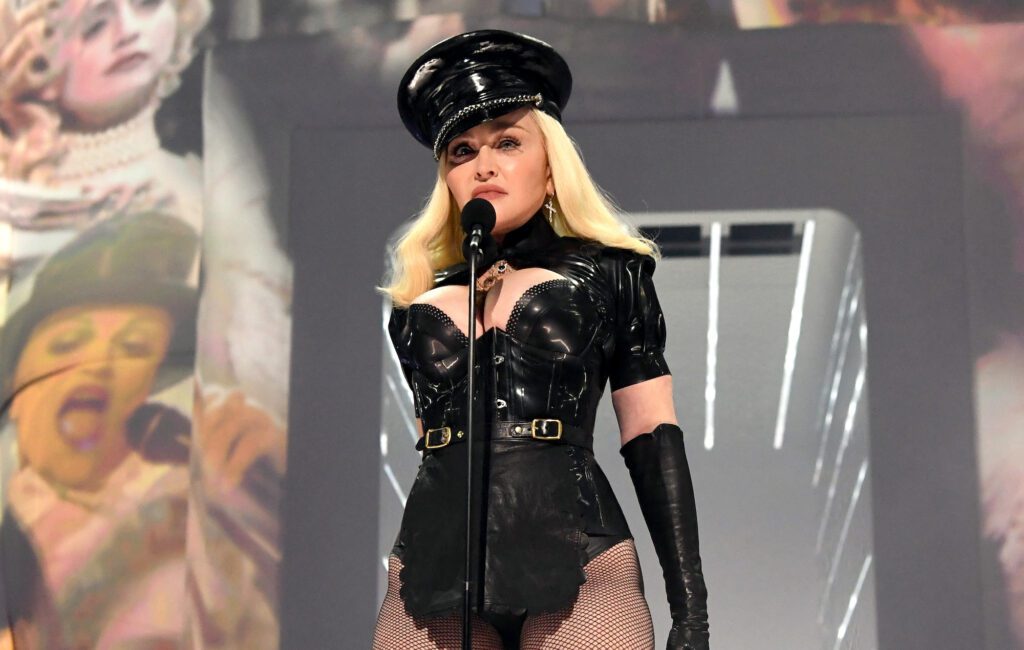 Madonna held a secret ‘Madame X’ gig in New York on Friday night (October 8) and ended it by taking the show to the streets of Harlem.

The original concert took place at the Manhattan neighbourhood’s Ginny’s Supper Club and celebrated the release of the film version of Madame X.

Beginning after midnight, the pop star told W Magazine that she “wanted to pay homage to Harlem with an intimate performance”. “Harlem is the birthplace of James Baldwin, my eternal muse and a great source of inspiration for my film,” she added. “I wanted to perform in a historical location to share my music and connect to the many great artists that have lived and shared their dreams here.

“I felt the energy from all the musical giants that have left their footprint in this sacred part of the world. Ginny’s Supper Club at the Red Rooster was the perfect home for Madame X.”

Madonna on the streets of Harlem singing Like A Prayer pic.twitter.com/NrpMBW1Sq8

not Madonna leading an entire secret show audience out of the venue in Harlem toward an actual church while singing “Like A Prayer” pic.twitter.com/knKGgsKFjX

I just marched through the streets of Harlem with Madonna singing Like a Prayer. What else am I supposed to live for in life after that? pic.twitter.com/7TTyKDGFUx

W reports that Madonna performed at the club with a band led by Jon Batiste and a quartet of backing vocalists, before leading the group and audience out onto the street and down one block of 126th Street while singing ‘Like A Prayer’ through a megaphone. The parade ended in front of St. Andrew’s Episcopal Church. Watch fan-shot footage above now.

Madame X was released on Friday and aired on MTV in the UK, while it is available to stream on Paramount+ in the US.

In a four-star review, NME said: “Though Madame X is billed as a “documentary film” and a “concert documentary”, it’s really a concert film – albeit a highly stylised and beautifully executed one.

“If you’re expecting backstage footage of Madonna grappling with the knee injury that sometimes interrupted 2019-2020’s ‘Madame X’ tour, you’ll be disappointed. But if you want to see the pop queen reinvent her live show with an even more devil-may-care attitude, it definitely delivers.”