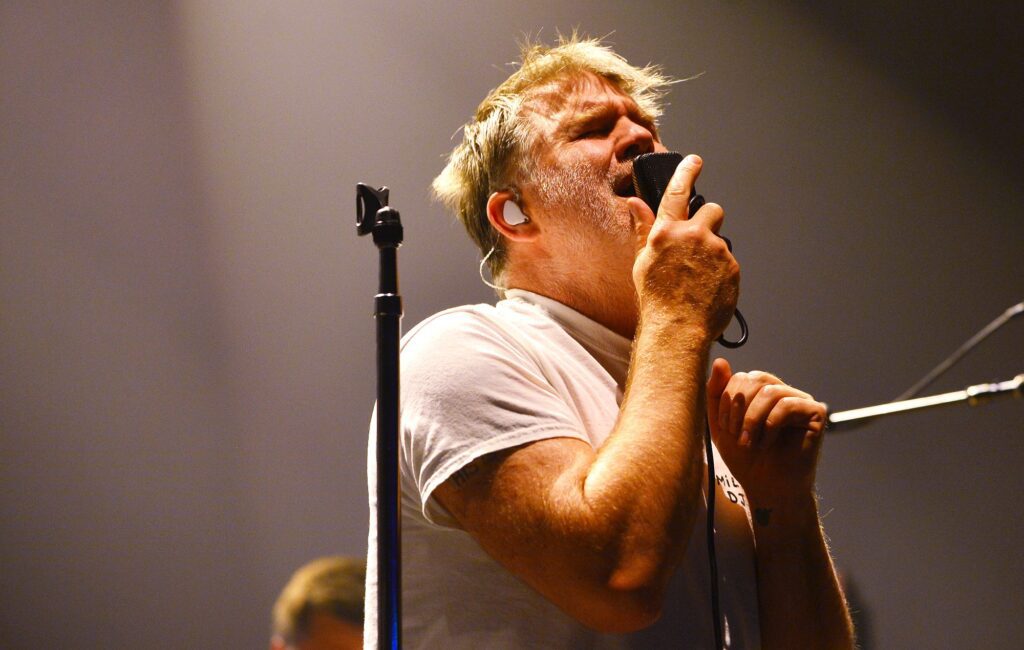 LCD Soundsystem gave their recent song ‘New Body Rhumba’ its live debut during an appearance on The Late Show With Stephen Colbert this week – watch below.

James Murphy and co. featured as the musical guests on the US chat show on Tuesday night (November 15). The band performed the aforementioned track beneath a large disco ball, while a series of space-inspired images were displayed behind them.

The movie – starring Adam Driver and Greta Gerwig — is a film adaptation of the Don DeLillo novel of the same name, and will feature music composed by Danny Elfman.

LCD Soundsystem’s fourth and latest studio album, ‘American Dream’, came out back in 2017. The record arrived following a seven-year hiatus after 2010’s ‘This Is Happening’.

Check out the Colbert performance here:

This year has since LCD complete residencies in San Francisco, Oakland, London, Philadelphia and Boston in celebration of their 20th anniversary. In 2021, they played an extensive run of gigs at Brooklyn Steel in New York.

Tomorrow night (November 18), the group will kick off another 20-date residency at the same Brooklyn venue. The stint is set to conclude on December 17.

Back in March, frontman Murphy suggested that LCD Soundsystem would be releasing “just singles for a while, so there isn’t some ‘album panic’”.