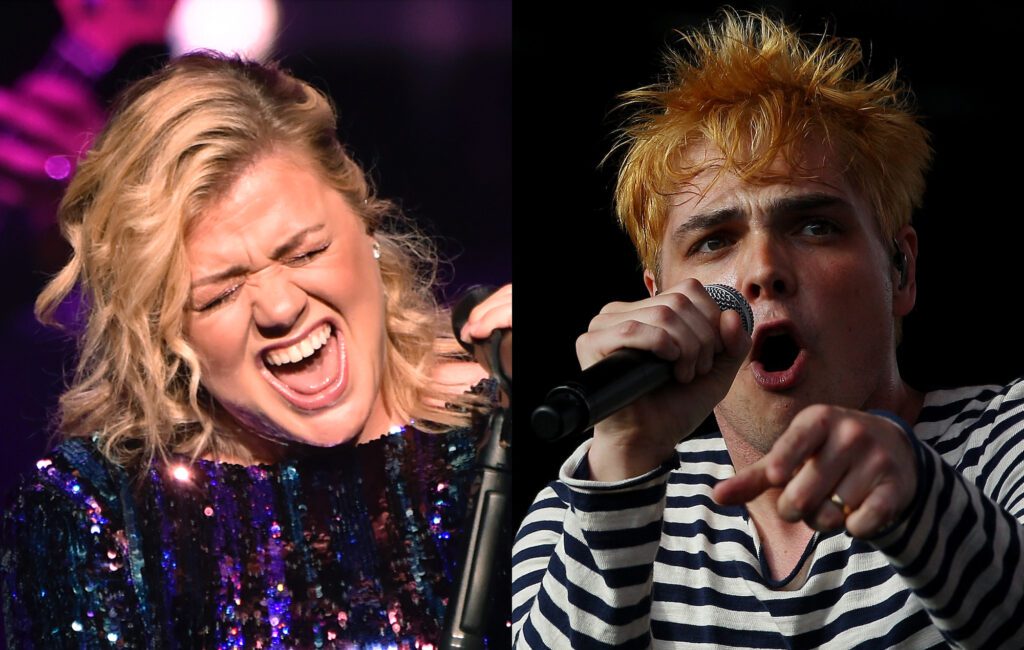 For the latest instalment in her ‘Kellyoke’ covers series, Kelly Clarkson has put her bright and booming spin on My Chemical Romance’s classic ‘Welcome To The Black Parade’.

It adds to a sprawling list of covers that Clarkson has performed on her NBC series The Kelly Clarkson Show, with recent editions seeing her tackle tracks by the likes of Radiohead, The Weeknd, Depeche Mode, Olivia Rodrigo and Charli XCX.

Though it abridges the track considerably – Clarkson’s take runs a minute and a half long, while the original clocks in at 5:11 – it’s a largely faithful cover, soaring harmonies and all.

Watch Clarkson’s cover of ‘Welcome To The Black Parade’ below:

‘Welcome To The Black Parade’ has enjoyed a wealth of popularity in its 15 years, even recently – it’s been praised by everyone from Andrew Lloyd Webber to Kevin Smith, and even got covered by drum prodigy Nandi Bushell.

My Chemical Romance frontman Gerard Way reminisced on the track last month, saying it was inspired by “the triumph of the human spirit over darkness”. He also called it “the hardest [song] to finish” on ‘The Black Parade’, and noted that it was almost cut from the album’s tracklisting.

The band have proved to be somewhat of a go-to for tributes as of late, with acts like Joyce Manor and Twenty One Pilots also covering classic My Chemical Romance songs in recent live performances.

In other Kelly Clarkson news, the singer recently teamed up with Ariana Grande for the single ‘Santa, Can’t You Hear Me’, appearing on an entire album of Yuletide tunes called ‘When Christmas Comes Around’. The Kelly Clarkson Show is also due for a boost in 2022, taking over Ellen DeGeneres’ daytime TV show slot in autumn 2022.