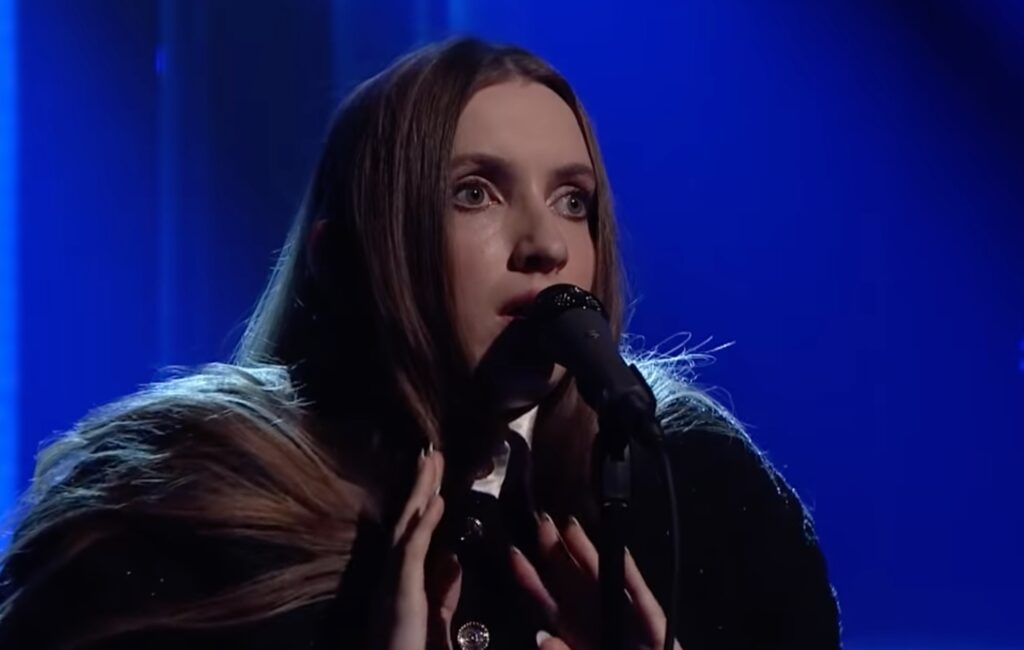 Dry Cleaning made their late-night US TV debut on Friday (November 19) – watch them perform ‘Scratchcard Lanyard’ on The Tonight Show Starring Jimmy Fallon below.

The single appears on the 4AD-signed band’s debut album ‘New Long Leg’, which came out earlier this year.

The Fallon performance came at the end of the band’s first live shows in the US. The tour began in Los Angeles on November 10, with the band playing in Portland, Seattle and more, before finishing up last night (November 20) in Brooklyn.

Watch them play ‘Scratchcard Lanyard’ on Fallon below:

“‘Bug Eggs’ is about the confidence that comes with age, fragility and sexual desire,” said vocalist Florence Shaw of the release, adding of the second track: “The lyrics to ‘Tony Speaks!’ were written days after the Conservative party won the December 2019 UK election. I was thinking about climate change, environmental catastrophes and political campaigning.”

In a four-star review of ‘New Long Leg’, NME said that “while early EPs ‘Sweet Princess’ and ‘Boundary Road Snacks and Drinks’ skipped along on a steady diet of buoyant percussion and jangly guitar lines from the post-punk handbook, ‘New Long Leg’ isn’t afraid to slow things down, and some of its most affecting moments come from this change of pace.”

The band will be on the road throughout the rest of 2021 and 2022. First, they’ll support Sleaford Mods on a handful of shows across the end of November and start of December, before embarking on 2022 headline dates in the UK and Ireland.

See the dates below: