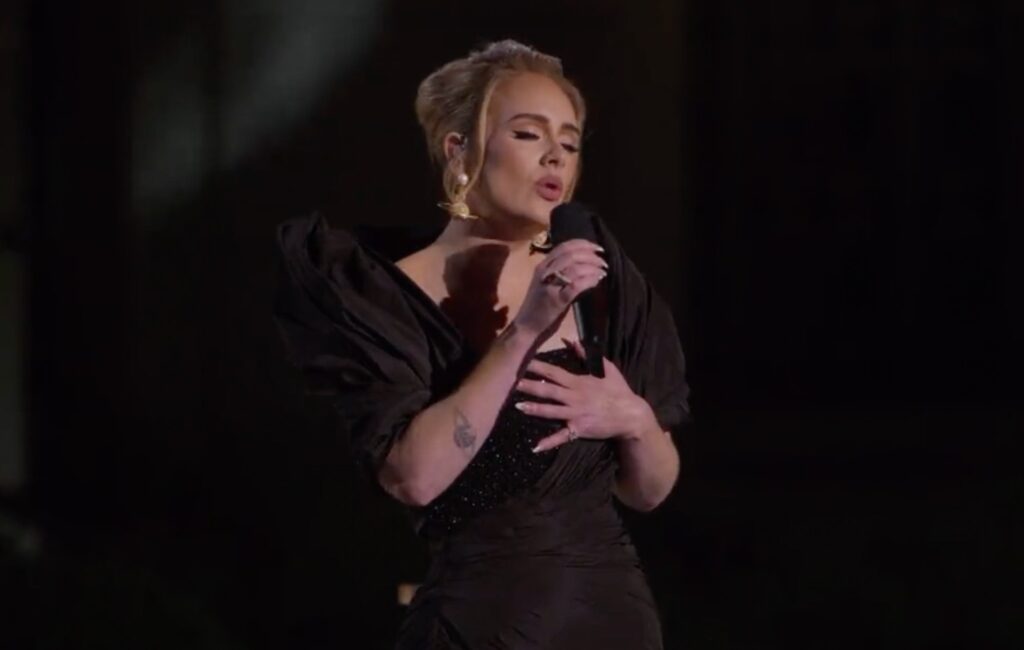 Adele‘s highly anticipated Adele: One Night Only concert special saw her perform a string of unheard tracks and well-loved classics, but it also saw her help a couple get engaged.

According to Rolling Stone, ahead of the US TV special, producers of the show helped Quentin plan a picnic date with longtime partner Ashley before he led her down to the park below Los Angeles’ Griffith Observatory, where Adele was performing.

Adele instructed the audience to keep quiet, as Quentin led Ashley out in front of the stage, with her wearing a blindfold and noise-cancelling headphones. After a few remarks of shock from Ashley, Quentin proposed and she said yes. A spotlit Adele wandered back onto the stage, before instructing the couple to sit at the front alongside Lizzo and Melissa McCarthy and serenading them with her cover of Bob Dylan‘s ‘Make You Feel My Love’.

Watch the very sweet clip of the special below:

New life goal: Get engaged in front of @adele. 💍 pic.twitter.com/ybfa922aHg

One Night Only saw Adele debut three new songs taken from her forthcoming album ’30’, due out this Friday (November 19). Alongside her beloved hits, including recent single ‘Easy On Me’, she also introduced fans to ‘Hold On’, ‘Love Is A Game’ and ‘I Drink Wine’.

Later this week (November 21), Adele will perform a UK TV special An Audience With Adele, filmed at the London Palladium.

She will perform two huge shows at London’s Hyde Park next summer, marking her first UK headline dates since 2017. Tickets for both events have now sold out.