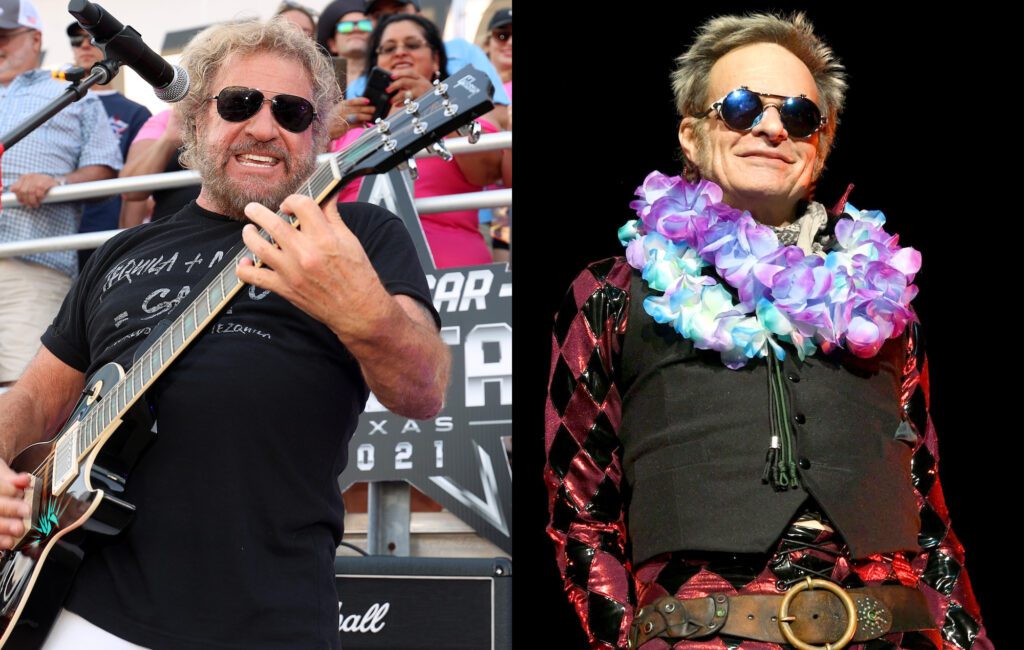 Sammy Hagar has opened up about his thoughts on Van Halen’s original frontman, David Lee Roth, saying he ultimately has “no problem” with the hard-rock mainstay.

At the end of October, Hagar kicked off a six-date residency at Las Vegas haunt The STRAT, with a set of performances billed as ‘Sammy Hagar And Friends’ set to run until November 13. Plugging the gigs in an interview on KKLZ program The Mike & Carla Morning Show, Hagar said (as transcribed by Blabbermouth) that he and Roth “don’t even have a feud”.

He elaborated: “To be honest with you, I have no problem with Dave. I don’t know what he’s got going with me, but I think he always feels competitive.

Hagar had previously taken shots at Roth’s vocal skills in an interview for Brazilian webseries Inside With Paulo Baro, saying the singer – who recently announced he’d retire following his own set of concerts in Vegas – “hasn’t aged well” with his talents.

“[Roth is] a real character,” he said. “He’s a showman. He’s all show. I enjoy him. But you talk about cringing. I can’t imagine how he feels when he looks at some of them old videos, the way he was dancing and moving, and the way he was singing live sometimes. I don’t know how he feels about all that, but I don’t think he cares.

“The difference between him and I [is] I sincerely care — I care about everything I do and I care how it affects people and I care what they think. I care that it touches them and it makes them happy. And what is important to me is enlightening and elevating people spiritually and making them happy and making them have big dreams, making them want to be better themselves.”

Last December, Roth hit out at Hagar in a cartoon he posted on Twitter. The singer regularly posts illustrations depicting a fictional newspaper called ‘The Daily Catastrophe’, with one particular instalment poking fun at an interview Hager gave last June where he said that he was willing to “get sick and die” to return to touring amid the COVID-19 pandemic.

Also in 2020, Hagar revealed that he had rekindled his friendship with Eddie Van Halen before the legendary guitarist’s death that October. He and bandmate Michael Anthony later shared a video paying tribute to the late virtuoso, and went on to say the death would’ve been “way too much” for him to process had the two not settled their feud.

Hagar detailed Eddie’s drinking habits, and their strained relationship, in his 2011 memoir Red: My Uncensored Life In Rock. Hagar apologised for doing so earlier this year, saying that if he were to write the book today, he would instead focus on Eddie’s “genius” and close friendship to Hagar.