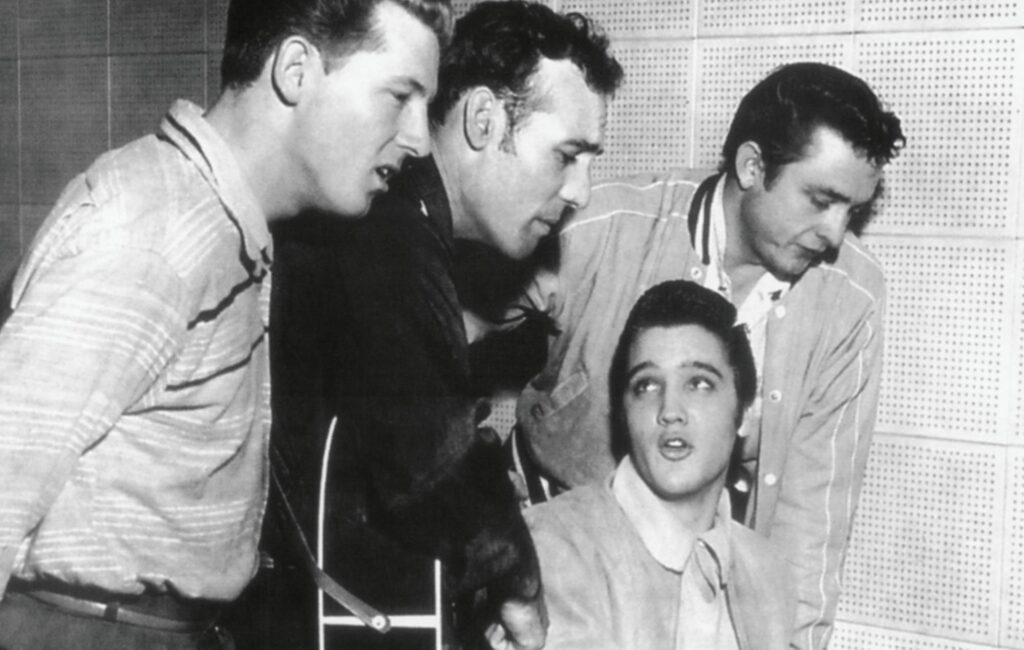 The piano that reportedly “started rock n’ roll” is going up for auction this week.

The piano is famous for being used by the “Million Dollar Quartet” – an impromptu jam session that involved Elvis Presley, Johnny Cash, Jerry Lee Lewis and Carl Perkins over a famous recording session in 1956.

Tracks that emerged from this session included ‘Love Me Tender’, ‘Don’t Be Cruel’ and ‘Paralyzed.’

On Gotta Have Rock and Roll, the piano is described as “The most important piano in rock and roll history” and notes that this is the first time in history that the piano has been up for auction.

It reads: “Offered here for the first time ever, is the iconic ‘Million Dollar Quartet Piano’ – the Sun Records’ studio piano – a vintage 1949 Wurlitzer spinet with serial number 387912 that was played by a stellar rock and roll list of ‘who’s who’ including Elvis Presley, Jerry Lee Lewis, Ike Turner, Phineas Newborn, Jr., Charlie Rich and many more.

“The piano has a rock and roll jukebox list of credits and is featured on many of Memphis’ 1950’s Sun Records classics.

“O.K. Houck is the same store where Elvis Presley and his family bought their first piano, his first Martin guitar. Scotty Moore bought his Gibson ES-295 played on the Elvis Sun Sessions, as well as Bill Black, B.B. King, Johnny Cash, and many others who bought their instruments at the famed store.”

It continues: “This is the only piano played by both Elvis and Jerry Lee Lewis. Jerry Lee Lewis also played it on his biggest hits, ‘Great Balls of Fire’, ‘Whole Lotta Shakin’ Goin’ On’, and all of the songs he recorded at Sun Records.”