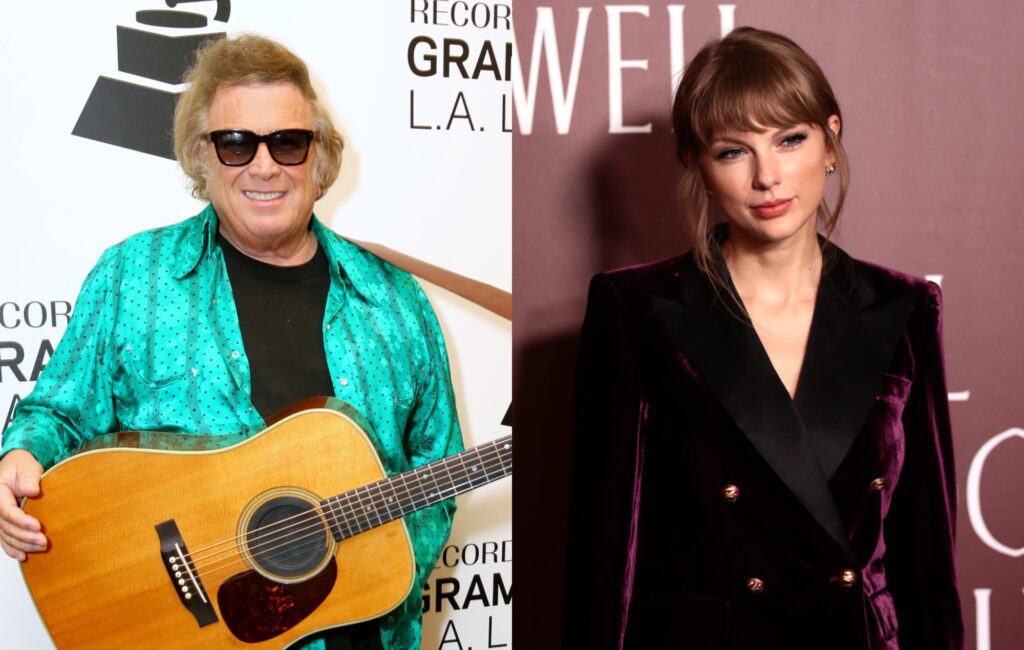 Swift recently took the title for the longest Number One entry on the Billboard Hot 100 to date with All Too Well’ (10 Minute Version)’, which appears on last month’s ‘Red (Taylor’s Version)’.

In doing so, she dethroned the previous record-holder McLean, whose eight-minute track ‘American Pie (Parts I & II)’ held the top position for four weeks back in 1972.

Speaking to Billboard after his defeat, the musician explained: “There is something to be said for a great song that has staying power. ‘American Pie’ remained on the top for 50 years and now Taylor Swift has unseated such a historic piece of artistry.

“Let’s face it, nobody ever wants to lose that Number One spot, but if I had to lose it to somebody, I sure am glad it was another great singer/songwriter such as Taylor.”

Yesterday (December 1) McLean shared images of a letter and flowers that Swift had sent him. “What a classy artist!” he captioned the post. “Thank you @taylorswift13 for the flowers & note!”

What a classy artist! Thank you @taylorswift13 for the flowers & note! pic.twitter.com/A0WRxaVEgE

Swift’s message reads: “Don, I will never forget that I’m standing on the shoulders of giants. Your music has been so important to me. Sending love [from] one writer of LONG SONGS to another. Your fan, Taylor.”

Don McLean is currently celebrating the 50th anniversary of ‘American Pie’ and will embark on a special UK tour next year. You can find the full schedule and ticket information here.

Meanwhile, Taylor Swift has been nominated in the Album Of The Year category at the Grammys 2022 for last year’s ‘Evermore’.