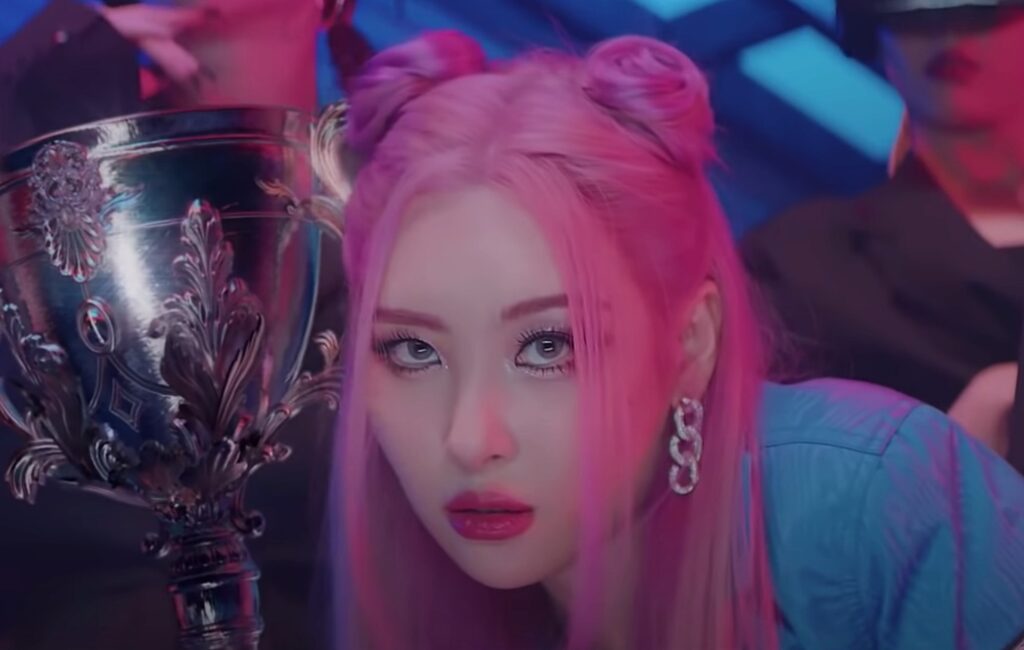 ‘Go or Stop?’ is a special collaboration between the singer and reigning League of Legends world champions DWG KIA. The song was released to kick-off the team’s first game in the League of Legends World Championship 2021, which begins later today (October 11).

In the futuristic video, Sunmi performs against a backdrop of screens as they flash the words “legendary”, “rampage” and “victory”, in reference to the popular MOBA game. “You’d better go / Even faster, running, feelin’ myself / You can’t beat me / Your game is over now,” she sings.

‘Go or Stop?’ marks the K-pop veteran’s third release of 2021, following her February single album ‘Tail’ and her third mini-album ‘1/6’, which dropped in August. The latter included the synthwave-inspired lead single ‘You Can’t Sit With Us’, which dropped alongside a kitschy, action-packed music video.

In a four-star review of the record, NME’s Angela Patricia Suacillo praised Sunmi’s “ability to take the lively, upbeat elements of synth- and dance-pop and use them to confront her anxieties.”

Sunmi is currently a mentor on the Mnet reality TV show Girls Planet 999, alongside Girls Generation’s Tiffany Young. In a recent interview, Sunmi shared that she hoped to emphasise the importance of character to the show’s contestants.

“Having a sense of gratitude, cultivating empathy with other people, and not being arrogant or proud are important things to keep in mind if you want to stay in this business for a long time,” she said.