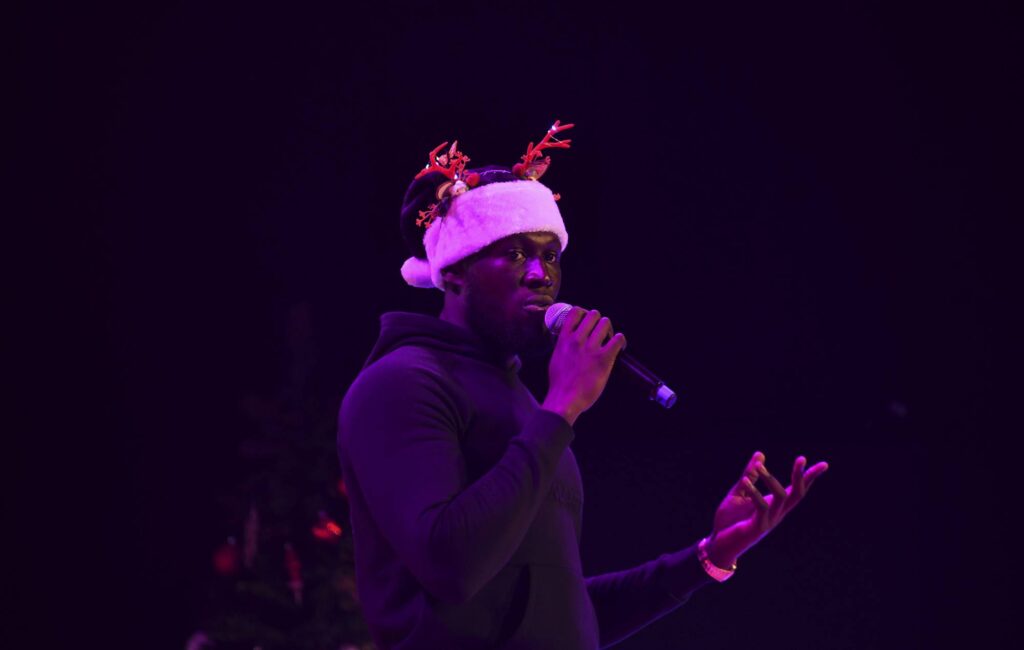 Stormzy has been treated to his own personalised version of the Monopoly Deal card game.

The game will include nods to some of Stormzy’s biggest hits in the renaming of its cards. The ‘Debt Collector’ card is now ‘Bailiff One’, while the ‘Just say no’ card has been changed to ‘Shut Up’. The ‘Forced deal’ card has become ‘Big for your Boots’.

The rapper has spoken in the past about being a fan of the fast-paced card game. As he said in a 2019 Guardian feature: “I’m a proper game-head. Not, like, video games. I love poker, Monopoly, Scrabble, Connect 4. I’m a kid, like. I love a competitive game.”

He also famously ranted about his annoyance at people who don’t know how to play Monopoly properly in an Instagram story.

stormzy ranting about how people don’t know how to play monopoly is the highlight of mi day haha 🤣🤣 @stormzy pic.twitter.com/Lgd2g2MUhw

Stormzy was previously gifted a special edition of the Monopoly board last year. “Look at this greatness right here. A Stormzy Monopoly… it’s just brilliant,” he said.

Meanwhile, Stormzy recently hosted a Christmas party for residents in Croydon. The bash, which was the first from his charity #Merky Foundation, took place at Fairfield Halls in his hometown.

The party included games, performances, workshops, a tombola and the chance to win special prizes.

In other news, Stormzy has rescheduled the UK and Ireland dates on his ‘H.I.T.H World Tour’ to 2022.

The London MC had initially been set to tour in support of his 2019 second album ‘Heavy Is the Head’ in September 2020 but those dates were moved to April 2021 due to the coronavirus pandemic.

Those April dates were, however, postponed earlier this year due once again to the pandemic, and Stormzy has now confirmed that the gigs will take place in 2022.