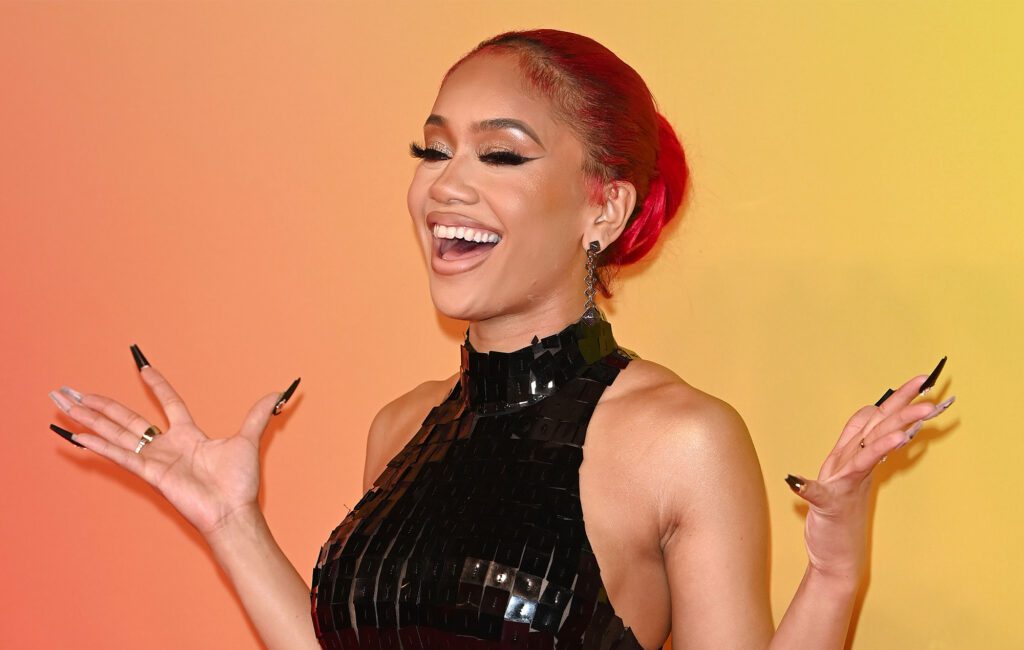 Saweetie has shared her latest single, ‘Icy Chain’, ahead of her imminent debut on Saturday Night Live.

The playful, freewheeling anthem arrived on digital platforms yesterday (November 19) as an early treat before the rapper performs it live on the show this weekend.

‘Icy Chain’ is produced by Dr. Luke, Rocco Did It Again!, and Lil Aaron. The track marks the third collaboration between Saweetie and Dr. Luke, after January’s Doja Cat collaboration ‘Best Friend’ and 2020 single ‘Tap In’. The producer has an ongoing legal battle with Kesha, after she sued him in 2014, alleging emotional abuse and sexual assault.

The track is the latest from Saweetie as she continues to prepare her long-awaited debut album ‘Pretty Bitch Music’. Listen to it below.

Prior to its release, Saweetie shared a rehearsal video on Instagram, showing the rapper and her dancers preparing for SNL as the song plays in the background.

In July, Saweetie revealed to Vulture that her involvement with Dr. Luke – real name Lukasz Gottwald – was due to a contractual “bundle deal” that explains why their collaboration extends to multiple projects. She had said in a previous interview that she had no idea about the allegations before agreeing to work with him.

“When I was put in the position to work with him, it was a bundle deal,” she elaborated. “I had those songs for over two years. So what do you think? Do I compromise my artistry, do I keep them in the vault, or do I release them?”

When asked if she would work with Gottwald again, she eventually replied by saying, “Hopefully, we keep ourselves out of any controversial situation in the future.”

‘Icy Chain’ is one of two Saweetie songs released on Friday. ‘Attitude’, her contribution to ‘Bruised (Soundtrack From and Inspired by the Netflix Film)’, was issued with the album, which was curated by Cardi B and the film’s starring lead, Halle Barry.