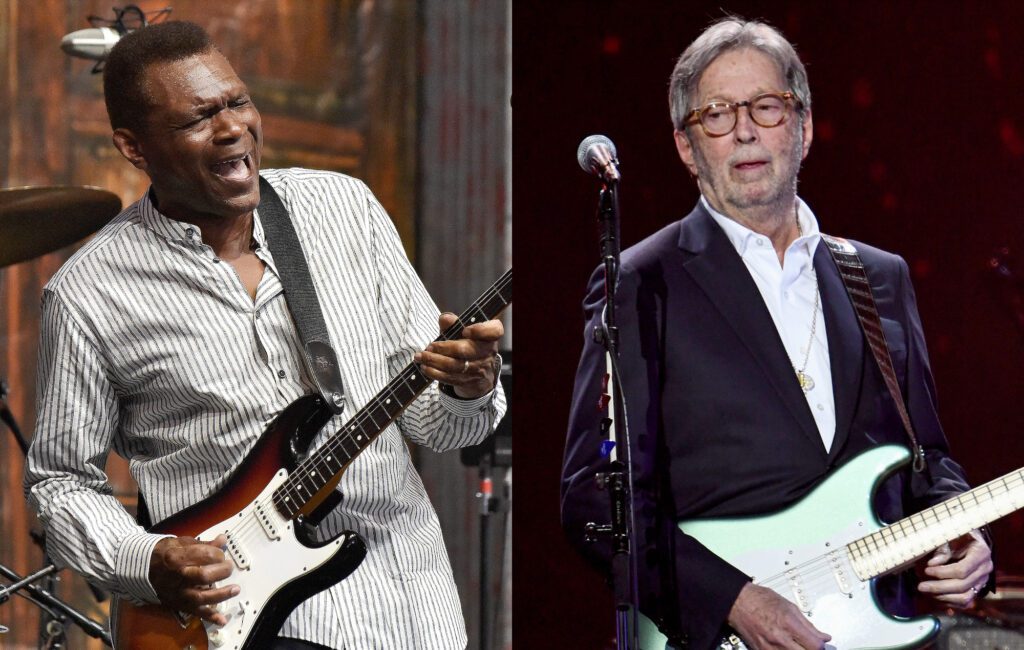 Robert Cray is the latest artist to hit out at Eric Clapton for his views on COVID-19, saying in a new interview that he backed out from a tour with Clapton after the latter released a released a song comparing lockdowns to slavery.

The song in question is ‘Stand And Deliver’, a joint release with fellow sceptic Van Morrison that saw Clapton sing: “Do you wanna be a free man / Or do you wanna be a slave? / Do you wanna wear these chains / Until you’re lying in the grave?”

As he explained to the Washington Post, Cray – a Black man born into a segregated community in 1953 Georgia – took issue with such a comparison. Cray said he sent Clapton an email after he heard the track last December, and that “his reaction back to me was that he was referring to slaves from, you know, England from way back”.

It’s reported that Cray and Clapton – who long considered each other friends, and collaborated several times – shared another email exchange before Cray stepped back and cut ties with Clapton, making contact one last time to formally scrap his planned stint opening for Clapton on tour.

“There’s this great photo [from 2013] at Madison Square Garden after the show, with B.B. King sitting in a chair, Jimmie Vaughan, myself and Eric sitting behind him,” Cray told the Post. “And I looked at that picture of Gov. Abbott, Jimmie Vaughan and Eric Clapton in that similar pose, and I’m going, ‘What’s wrong with this picture? Why are you doing this?’”

Clapton has long been vocal about his opposition to lockdown measures and vaccine “propaganda”; back in August, he followed ‘Stand And Deliver’ (which itself was met with significant backlash) with another politically charged song, ‘This Has Gotta Stop’. On it, he declares: “You wanna claim my soul, you’ll have to come and break down this door.”

The veteran rocker has confirmed that he is personally vaccinated against COVID-19, but criticised the “propaganda” promoting the vaccine’s safety, even claiming in May that he experienced “disastrous” side-effects.

In July, Clapton vowed never to perform at a venue that required proof of vaccination as a condition of entry (however two months later, he did indeed perform at such a venue).

Last month, it was reported that Clapton had donated £1,000 and lent his own van to UK anti-lockdown music group Jam For Freedom, congratulating its founder on doing “great work”.

August saw Queen icon Brian May speak out regarding Clapton’s comments, assuring that although “[Clapton] has very different views from [him] in many ways”, he “would never stop respecting the man”. He did, however, go on to say: “Anti-vax people, I’m sorry, I think they’re fruitcakes.”