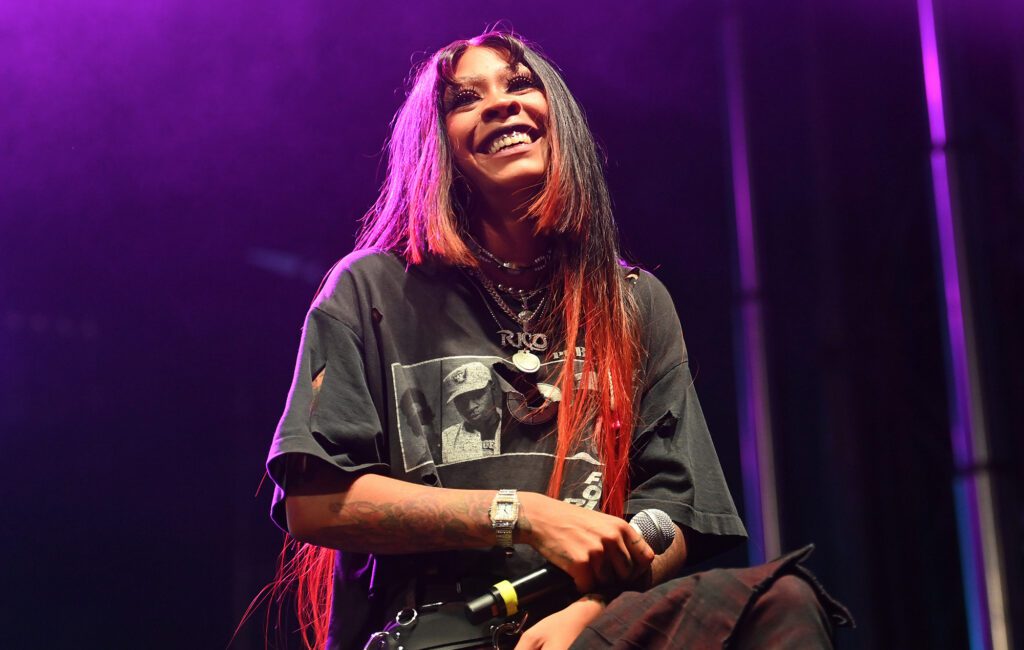 On Rico’s TikTok account, the rapper posted a clip where she pretends to play Red Light Green Light, the childhood game from Netflix show Squid Game.

The caption reads “POV: they play your song with Flo Milli in Squid Games”, with Rico pretending to play the deadly game. Its haunting song switches up to a snippet of the as-yet-untitled track, where a celebratory Miami bass beat takes over.

“Hey, we want some money / Let me hear you say,” its hook is heard before Rico playfully fakes getting shot.

Rico shared the clip on her Twitter account, adding that she “wouldn’t survive” the game. Watch it below.

Last month, Rico unveiled five surprise new songs on her SoundCloud page: ‘Switch Places’, ‘Grow Up’, ‘Cotton Candy’, ‘Show Me Your Love’, and ‘How Ya Feel’.

The drop followed Rico’s performance on NPR’s Tiny Desk online concert series, where she performed a set backed with an all-female band.

Rico dropped her debut album ‘Nightmare Vacation’ last year. In a four-star review of the album, NME‘s Natty Kasambala wrote, “While Nasty’s catalogue has found her focused on pushing to the extremities of self-expression – baking rock, screamo and punk directly into her rap with reckless abandon – with this record she flexes her chops as an artist with mainstream appeal.”