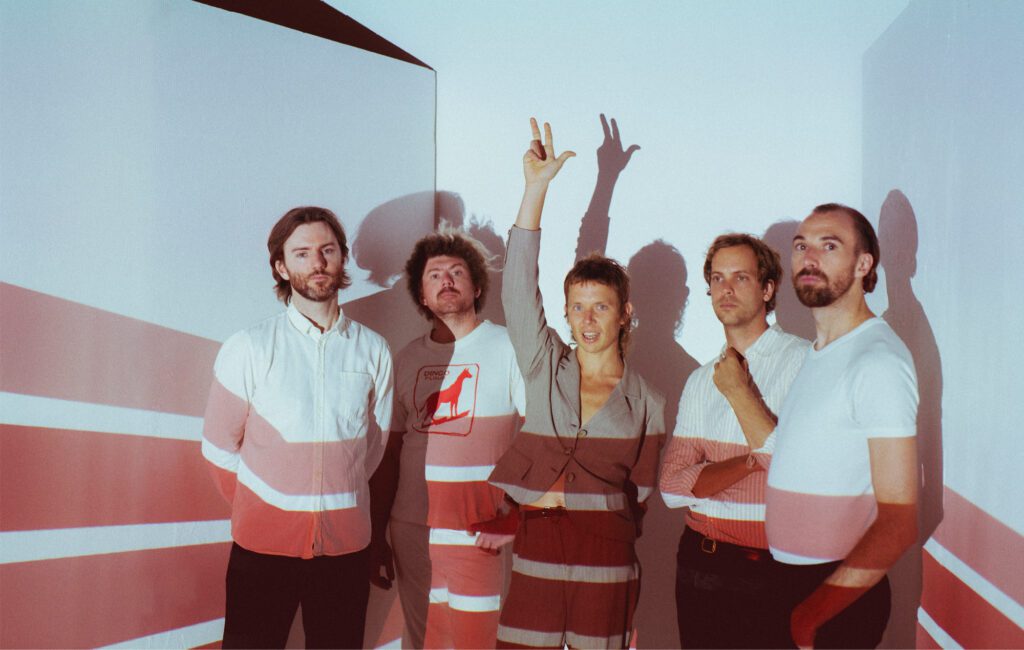 Pond have shared the video for their sprawling new track ‘Take Me Avalon I’m Young’ and announced a run of UK headline shows.

Filmed in Hastings, England, and directed by Bunny Kinney, the music video sees frontman Nicholas Allbrook try his hand at a variety of sports.

Allbrook described the music video – the song for which is lifted from Pond’s recently released ninth album ‘9’ – as “no joke” and “the most fun video I’ve ever been a part of”.

“I spent two days rushing around Hastings running, swimming, shooting, fencing and playing terrible basketball,” he said in a statement. “It was a dream come true. The freezing sunrise yoga was magical in retrospect, even if I was a brat at the time (sorry Bunny). A perfect seaside weekend; I got to play, and Bunny got to create an ode to his favorite sport, the modern pentathlon.”

You can watch the video for ‘Take Me Avalon I’m Young’ below:

In addition, the band have announced a five-date UK tour set to take place in June 2022 and follows on from appearances at Primavera Festival in Spain. You can see the list of tour dates below.

Tickets for the shows will be available here from 24 November.

Talking about their latest album, Allbrook told NME: “The world’s getting real fucking scary. Maybe it was just a need to get out some frustration in a socially acceptable way, instead of what we should be doing, which is setting fire to buildings or something. I don’t know.”

He then added: “Don’t go do that, don’t set fire to buildings. There’s gonna be enough fire.”