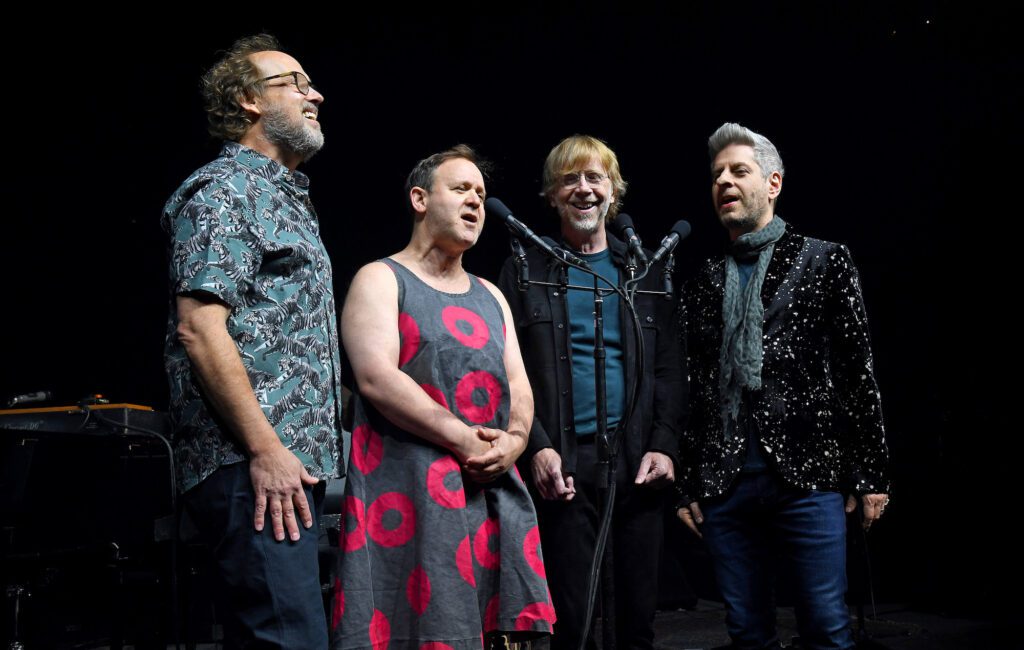 Phish have announced details of a livestreamed event on New Year’s Eve, which will see them perform three full sets.

The announcement comes after the band had to cancel their scheduled in-person year-ending concerts at New York’s Madison Square Garden due to a rise in COVID cases across the United States.

The outfit were slated to play four shows at the New York venue from December 29 to January 1, including a three-set performance on New Year’s Eve. The dates have now been pushed back to April 2022, with the triple-set stint taking place on April 22.

The band will now also play three sets on New Year’s Eve, live from The Ninth Cube, and will be available to watch for free on the band’s YouTube channel.

The show comes as part of Phish’s Dinner And A Movie series, which sees them share recipes for fans to make dishes to eat alongside the show.

See the list of recipes for the NYE livestream, which all revolve around a lemon theme, here.

Phish will perform three full sets this New Year’s Eve, LIVE from the Ninth Cube, presented by @PhishRadioSXM & @SIRIUSXM. The show will be performed without an audience and will be webcast for free on Phish’s @YouTube and https://t.co/vmsCgCAB83 w/ a simulcast on @PhishRadioSXM pic.twitter.com/I2JZpVUFD9

“With the Omicron variant of Covid-19 surging in New York City, we have made the very difficult decision to reschedule next week’s run of shows at Madison Square Garden,” the band wrote on their website when announcing the cancellation of the in-person gigs.

“The health and safety of Phish fans, our crew, and venue staff is paramount in our minds. While Phish has played shows this year as the pandemic has continued, this variant’s ability for rapid transmission is unprecedented.”

Another New Year’s Eve event to fall foul of the Omicron variant is The Strokes’ huge show at the Barclays Center across the river in Brooklyn, which will be rescheduled for later next year.

“We want everyone to stay safe and healthy and we look forward to celebrating the new year with all of you… just a bit later than originally planned,” the band said.

Back in October, one man died and two more were injured during a Phish concert in San Francisco. Two were believed to have fallen from an area in the venue’s upper levels, while the third was injured by one of the men falling on him.