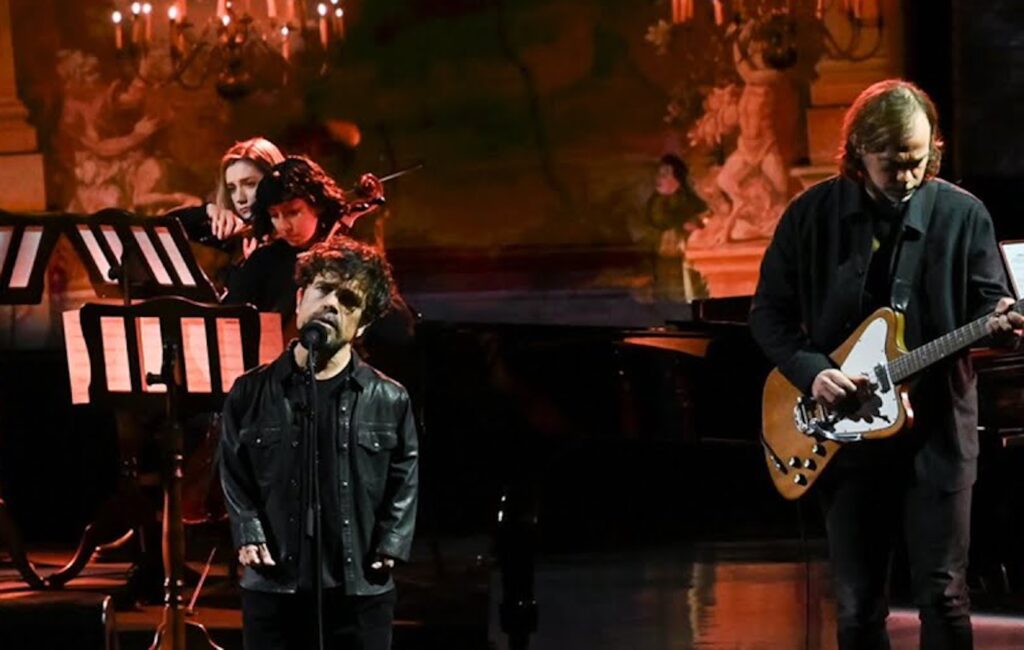 Game Of Thrones star Peter Dinklage joined The National‘s Bryce and Aaron Dessner for a performance on Colbert this week – check it out below.

The trio performed the song ‘Your Name’, which appears on the Dessner twins’ new soundtrack for the Dinklage-starring film adaptation of Cyrano, due out in UK cinemas in January.

It was announced last year that MGM had acquired the rights to the film, which will be directed by Joe Wright and see Peter Dinklage reprising his role as Cyrano De Bergerac from the 2018 musical that played at the historic Goodspeed Opera House’s Terris Theatre.

The Cyrano OST will be released via Decca Records in vinyl and CD formats on December 10, with the film coming to UK cinemas in January. The music has been written and composed by the Dessner twins, while National frontman Matt Berninger and his wife Carin Besser have written lyrics for the score.

Watch Dinklage and the Dessners bring ‘Your Name’ to late-night TV below.

“For the plays, we had to write music for a Broadway band to play, but the way that we play is quite specific so it was great to be able to finish the songs how we wanted,” Bryce told NME.

“It isn’t a normal musical with the big, slamming needle-drops. They’re National songs in a way, and have an interior, intimate feeling, and weave in and out of the narrative seamlessly.”

In August, Dessner also shared ‘How Long Do You Think It’s Gonna Last?’, the second album under his Big Red Machine moniker with Bon Iver‘s Justin Vernon – read NME‘s interview with Dessner about the album here.